The Imperfects: 10 Movies & TV Shows Where You've Seen The Cast

The Imperfects, Netflix's latest "coming-of-rage" drama, just debuted its first season promising a twisted tale of revenge as three twenty-somethings go against an evil scientist whose experiments turned them into beastly creatures.

While the leading trio is played by a batch of newcomers, the rest of the cast includes actors who have had a diverse filmography including mainstream titles such as Designated Survivor, Arrow, Chilling Adventures of Sabrina, and even the Australian spin-off of the reality series RuPaul's Drag Race. 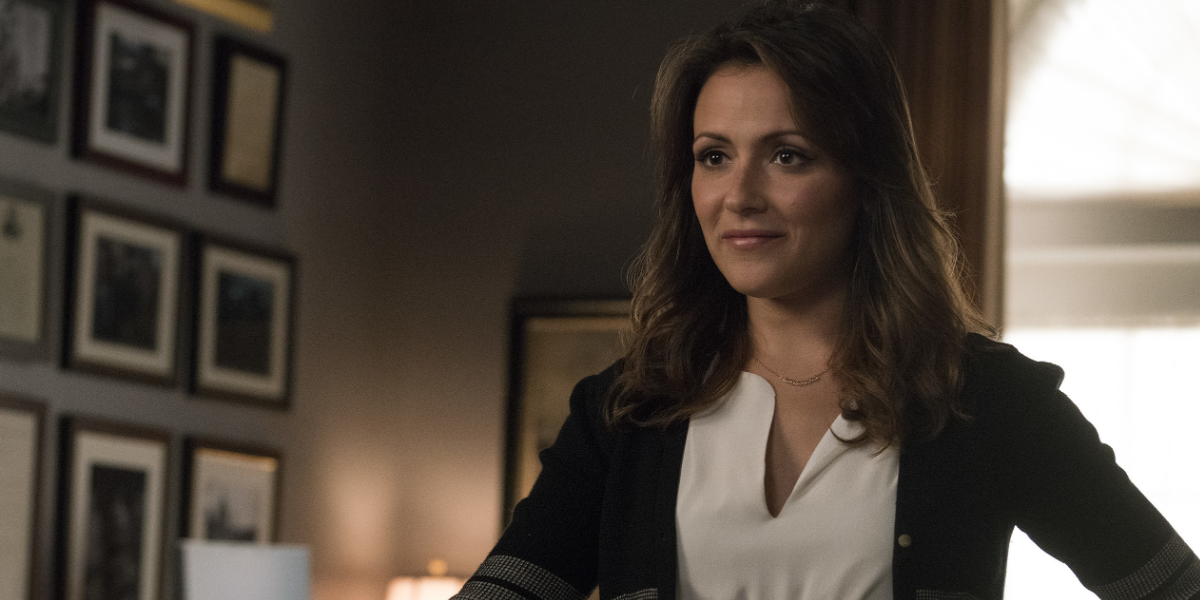 While the protagonists chase the evil scientist, The Imperfects also has a 'good doctor' played by Italia Ricci. Her character Dr. Sydney Burke tries helping them reach closer to their goal while fixing her own past mistakes.

Ricci has previously had a main role in the thriller series Designated Survivor. The three-season series stars Kiefer Sutherland as Tom Kirkman, a US Secretary who is unexpectedly promoted to the position of President after everyone in the line of presidential succession is killed in an explosion. What follows is an exploration of the protagonist's chaotic Presidency and the investigation of the blast that led to this situation. Ricci plays the spokesperson of Kirkman's Presidential campaign.

The worst power that a singer can get is that of a banshee. Morgan Taylor Campbell captures this pain while playing a band's lead singer who must give up her musical pursuits after she develops super-hearing and a high-decibel vocal power.

Some of Campbell's feature film roles includes a lead performance in the post-apocalyptic comedy-drama Sadie's Last Days on Earth. Campbell plays the titular Sadie, a high-schooler who is convinced that the world will end. And so, she sets out to tick off everything from her bucket list with wishes ranging from learning to bake to kissing a boy.

Rhianna Jagpal is one of the three leads of The Imperfects, playing a geneticist who attains Succubus-like powers to gain control over anyone.

Jagpal was previously seen in a supporting role as Dipti Shaw in the final part of the To All The Boys movies. Always and Forever deals with Lara Jean's college dilemma as she enters her last year of high school. After a trip from Korea, Lara must confront her future choices in college both with and without her recurring love interest Peter Kavinsky.

As an aspiring graphic novelist who turns into a Chupacabra, Iñaki Godoy offers a lot of promise as one of the show's leads. His next Netflix project includes a live-action One Piece remake with him playing Monkey D. Luffy.

Godoy has previously appeared in Mexican Netflix originals such as the mystery thriller Who Killed Sara (¿Quién mató a Sara?). The series deals with a man wrongfully convicted for the murder of his sister and his quest to clear his name. Everyone is naturally a suspect including the titular victim Sara's family and ex-partners one of whom is Rodolfo. This is where Godoy steps into the picture as he plays Rodolfo's stepson Bruno.

Stream On WOW Presents Plus

Australian comedian Rhys Nicholson also joins The Imperfects ensemble as the main villain Dr. Alex Sarkov, the mastermind behind the experimental gene mutation that leads to the leads' unwanted evolution.

As the story progresses, it turns out that the Imperfects weren't the only ones traumatized by Dr. Sarkov's experiments. Celina Martin plays another one of his test subjects who reveals new secrets.

Martin has played a similar role in Level 16, a movie compared with the overtones of The Handmaid's Tale and a Black Mirror episode. The dystopian thriller is set in an authoritarian boarding school where teenagers are being 'raised' for a sinister purpose. Delving into more details would be venturing into spoiler territory but Level 16 is a truly underrated thriller from recent times.

Isabel Finch is one of the show's most mysterious characters as she tracks down the antagonistic scientist for her own reasons. She is played by Kyra Zagorsky whose previous screen credits include Arrow and The 100.

The latter is a popular Netflix sci-fi drama series that focuses on a hundred teen delinquents let loose on a post-apocalyptic Earth to check if the planet is still habitable or not. In their journey, the young protagonists find out that the survivors have organized themselves into religious and political groups. One of them is the Sky People (Skaikru) with Finch's Kara Cooper being a member who serves as a secondary antagonist in Season 5.

The supporting character Dominique Crain is played by Rekha Sharma who has had considerable experience in the sci-fi genre having made appearances in The Core, Alien Vs Predator: Requiem and Star Trek: Discovery.

She played the scientist Tory Foster in more than 30 episodes of Battlestar Galactica, the cult military sci-fi series that was a reimagining of the 1978 series of the same name. Set in a distant future where planets coexist as the Twelve Colonies, the space drama deals with the arrival of a villainous alien race and humanity's last resort to find the fabled thirteenth colony: Earth. Foster is a refugee from Earth whose knowledge is crucial to establish the so-called "Resurrection" technology.

Character actor Ron Selmour appears in The Imperfects as Agent Jim Sponson, a law official investigating the bloody mess that the scientist and his experiments have created. Having appeared in several DC TV shows like Legends of Tomorrow and Batwoman, Selmour similarly appeared in Arrow.

The superhero show revolving around the adventures of Green Arrow aka Oliver Queen started out with several flashbacks in the initial seasons. These flashbacks helped establish Queen's backstory as he transforms from spoiled rich brat to an experienced survivor. As he gets stranded on an island, he eventually gets imprisoned in a ship called the Amazo. Here, Selmour's The Butcher is one of his captors who also turns out to be the ship's captain later on.

Jedidah Goodacre plays the recurring character PJ in The Imperfects but the 'Archieverse' fans would remember him as Dorian Gray in Chilling Adventures of Sabrina.

Based on the antihero of Oscar Wilde's 1890 novel The Picture of Dorian Gray, Goodacre's version of Gray retains the narcissism and superiority over his good looks. He also hosts a gentleman's room for warlocks and his loyalties often shift between Sabrina and the other villainous characters. The supernatural comedy-drama series otherwise stars Kiernan Shipka as the titular witch who is caught up in between the worlds of humans and witches.

NEXT: Riverdale Characters And Their Chilling Adventures Of Sabrina Counterparts