The 10 Saddest Deaths In The DC Animated Movie Universe

Spanning over half a decade and 18 films, the DC Animated Movie Universe (DCAMU) adapted some of DC's most iconic characters and stories in an action-packed shared universe. With so many epic battles waged by the franchises' heroes over the films, several characters were bound to meet their end.

Whether it was because some of these characters were the universe's greatest heroes, or just because the nature of the death itself was tragic, more than a few times throughout the DCAMU were audience members tearing up when characters took their final breaths. 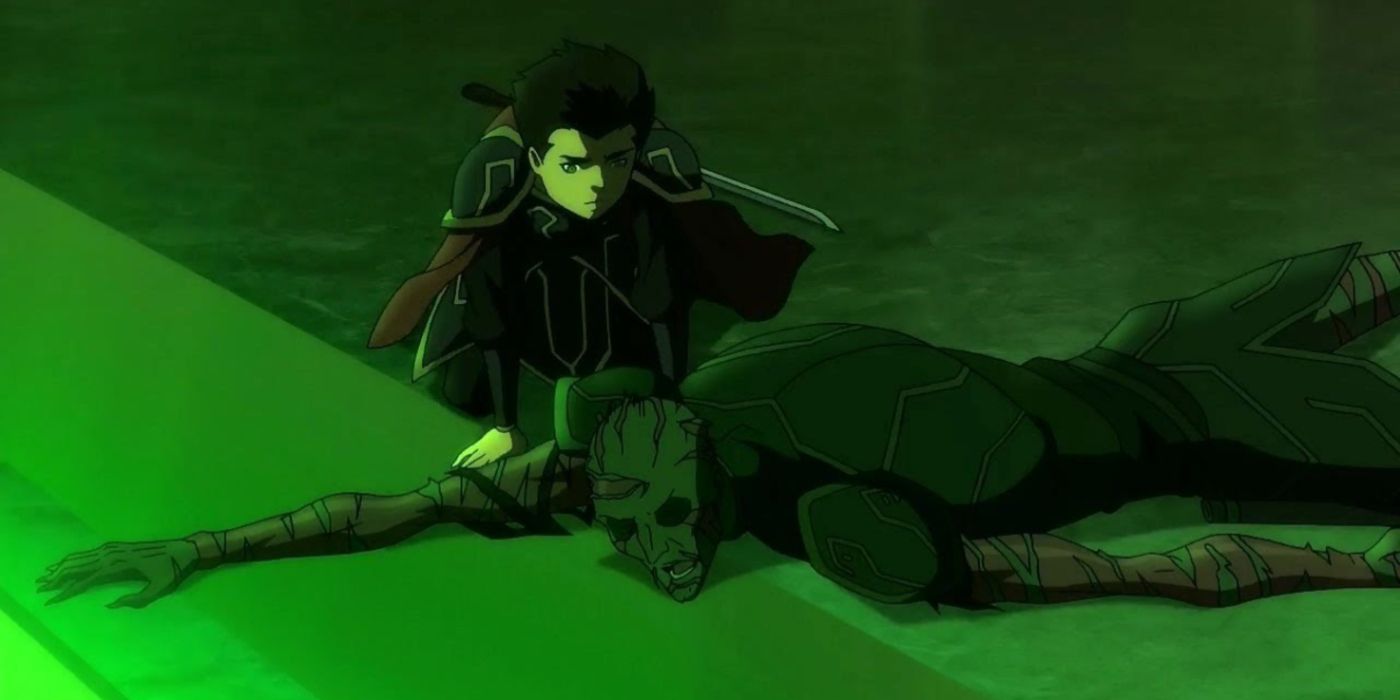 Usually, the death of the villainous leader of the League of Assassins, Ra's al Ghul, would be far from being a cause for any kind of sadness. However, this wasn't the case in Son of Batman. Ambushed by an army led by his former pupil, Deathstroke, Ra's is burned alive by rockets launched from a helicopter.

What actually makes this moment sad is not Ra's's death itself, but rather his grandson, Damian Wayne's, reaction to it. Damian is distraught over the event and desperately tries in vain to bring his grandfather's body to the Lazarus Pit. He is stopped by his mother, Talia, who explains to the heartbroken boy that the Pit cannot heal a body so damaged. 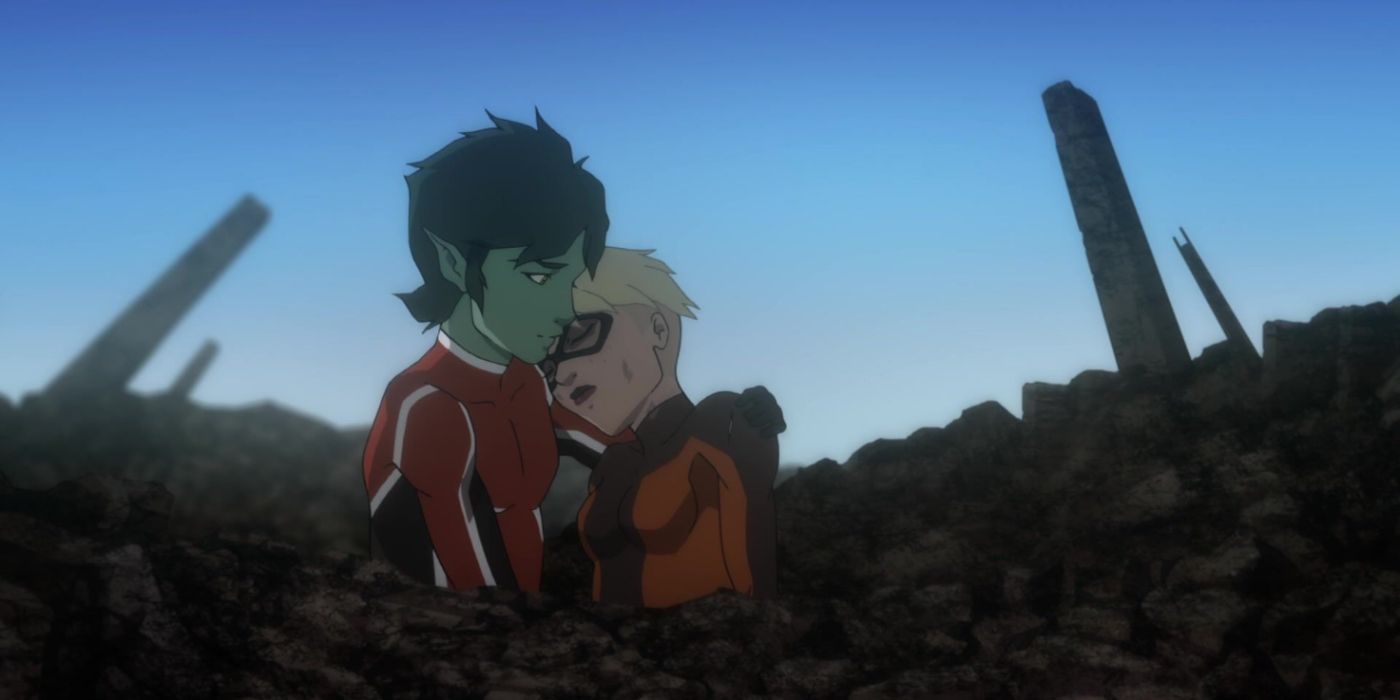 Comic readers and fans of the 2003 Teen Titans series knew all too well what fate awaited the character Terra when she was introduced into the DCAMU in Teen Titans: The Judas Contract, but that didn't make it any less heartbreaking to witness. Terra's tragic end was only fitting, when one considers her tragic life. Tortured by her own town and parents at a young age due to her powers, she was saved by Deathstroke, only to be severely manipulated by him into joining and betraying the Teen Titans, until he betrayed her himself.

This enraged Terra, who used her powers not only to kill Deathstroke, but also herself, allowing an avalanche of rock to engulf her. This is another death made even sadder due to another character's reaction to it, with Beast Boy's emotional response to the event truly painful to witness. 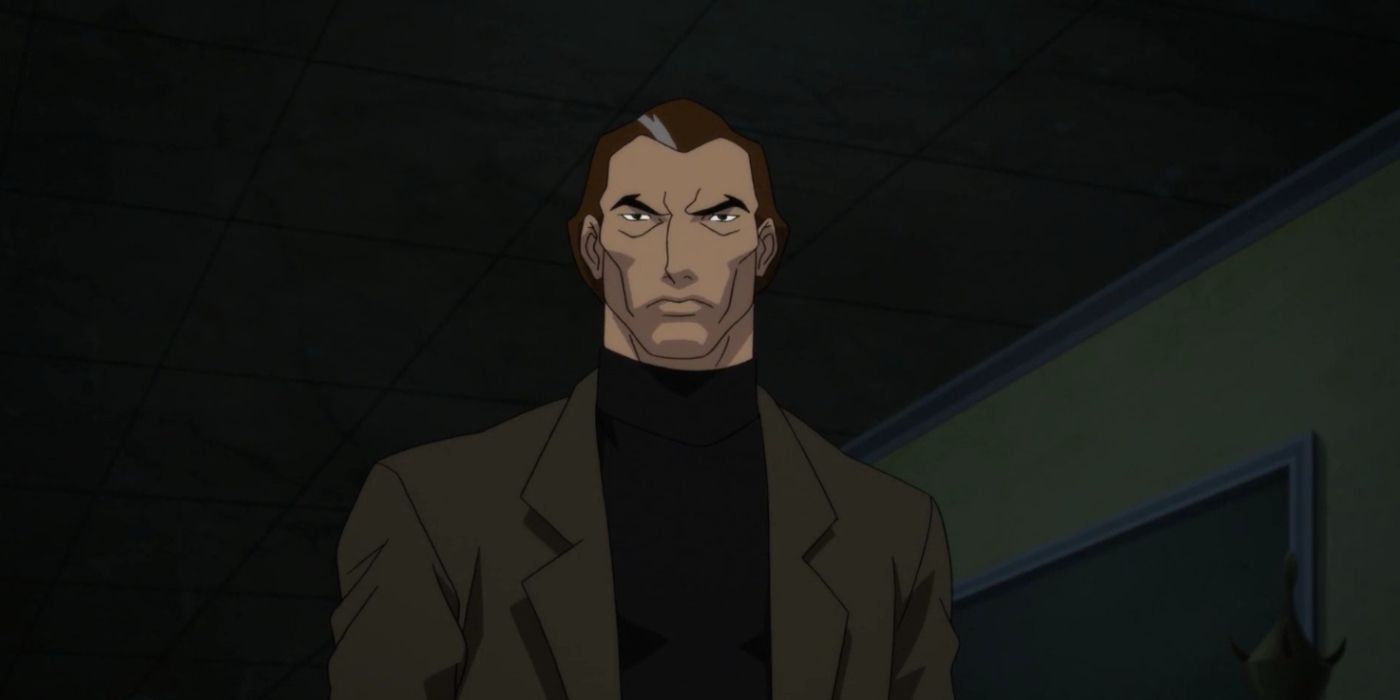 When the DCAMU looked to explore the more dark and twisted side of the DC Universe in the appropriately titled Justice League Dark, death was bound to come calling, and sadly, it was Jason Blood whom it called for. The mortal vessel of the demon Etrigan, Blood was a heroic Camelot knight fatally wounded in a battle against the sorcerer Destiny centuries ago, only surviving by being bound to Etrigan by Merlin in the event that Destiny returns.

Destiny did of course return, and while Blood was instrumental in his defeat, the battle ultimately separated Blood from Etrigan, causing him to succumb to his centuries-old wounds. The normally-monstrous and savage Etrigan's poignant goodbye to Blood at his grave makes the already tragic death all the more heartbreaking. 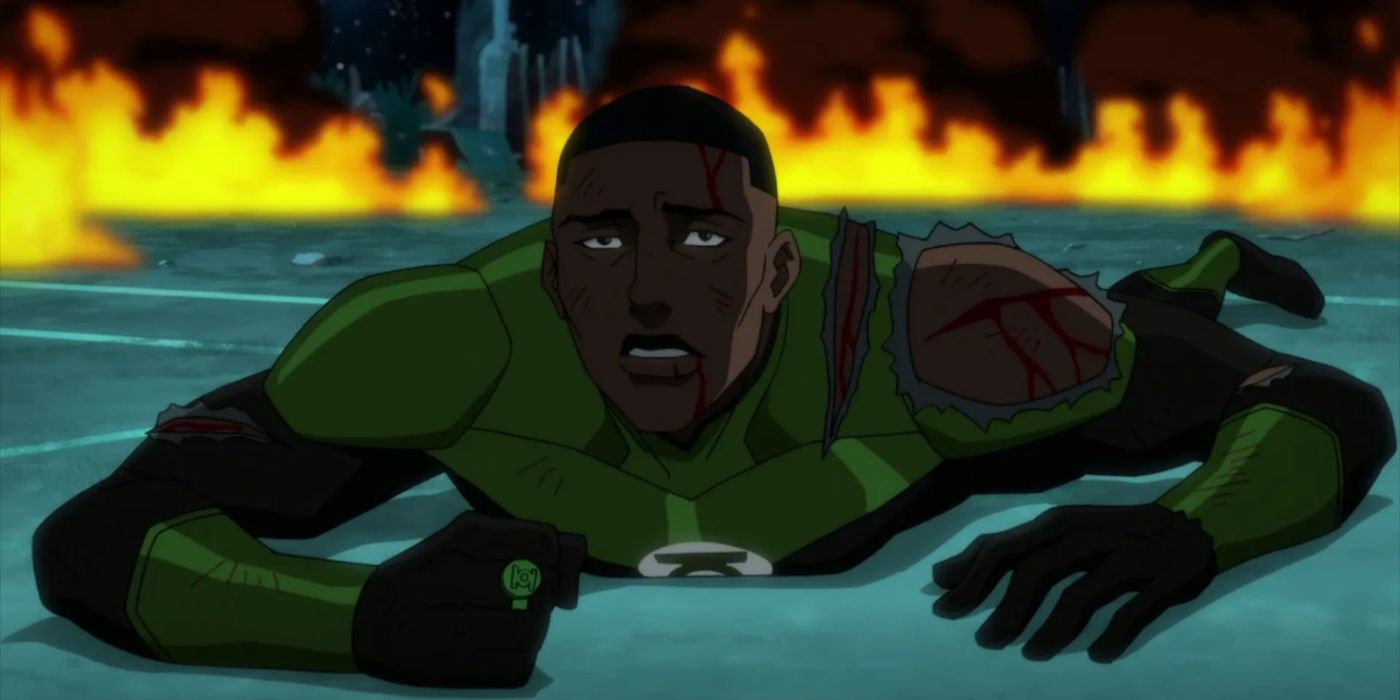 Justice League Dark: Apokolips War is one of the rare superhero films to showcase what it would be like if the heroes lost, and lost big. Naturally, a story such as this would showcase several heroes kicking the bucket, but Apokolips War goes absolutely all out, murdering nearly every single hero in the DCAMU. Green Lantern John Stewart is one of those unfortunate heroes, and his death is especially harrowing for how utterly hopeless it is.

Desperately crawling toward the central power battery of OA after a brutal attack by Darkseid's forces, a bloodied John Stewart tries in vain to recite the Green Lantern Oath, only to be burned to ash by a Boom Tube of magma at the moment he finishes the oath. It's a horrific scene, and a depressing exclamation point on how dire the heroes' situation is. 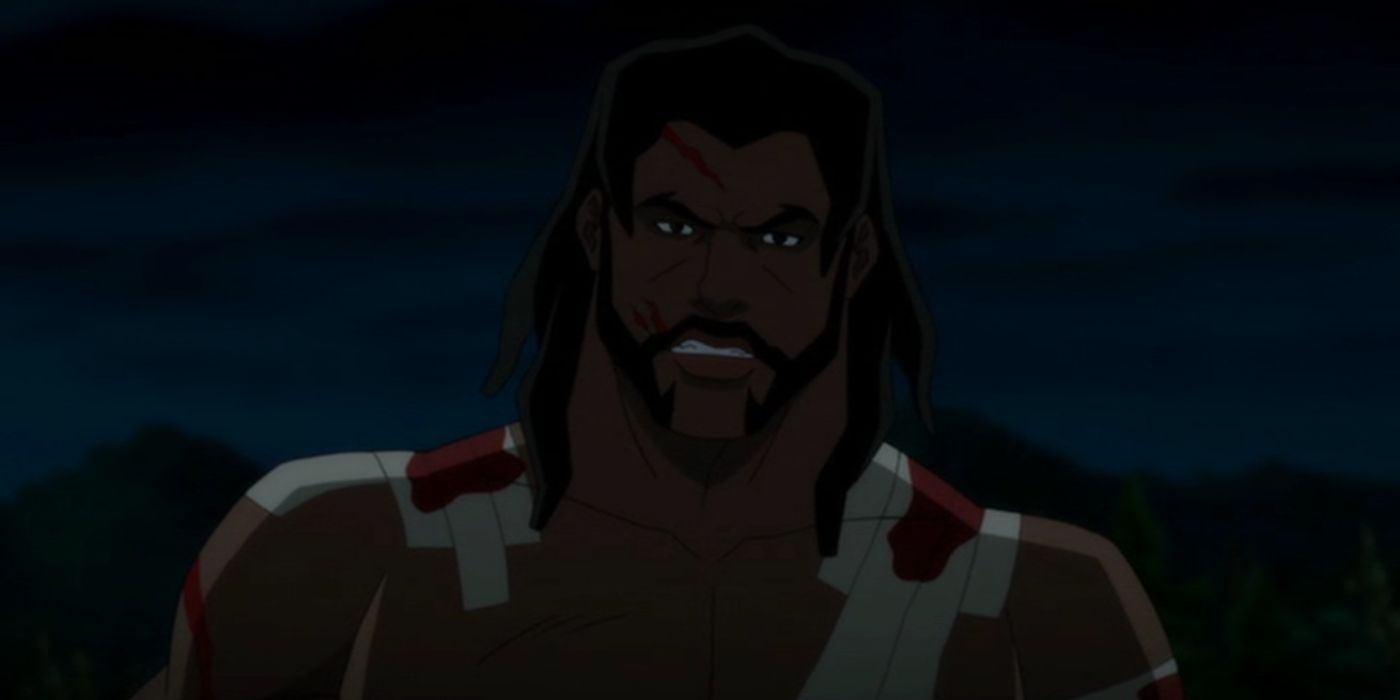 No matter what version of the Suicide Squad one watches, their name indicates that they're going to leave a trail of bodies in their wake, including some of their own. The DCAMU version of the Suicide Squad was no different, with half of its members biting the big one in Suicide Squad: Hell to Pay. Of these, the most emotional death by far was that of Ben turner, better known as Bronze Tiger, who became a murderous vigilante after the death of his wife Miyoshi.

Mortally wounded in the final fight with Professor Zoom, the religious and mournful Bronze Tiger is given the "Get Out of Hell Free" Card the Squad had been sent to retrieve by his teammate and rival Deadshot. The two share a brief and beautiful conversation about Bronze's Tiger's late wife, and when he dies, Bronze Tiger's body glows gold, indicating he has entered Heaven despite his earthly sins, much to Deadshot's surprise and happiness. 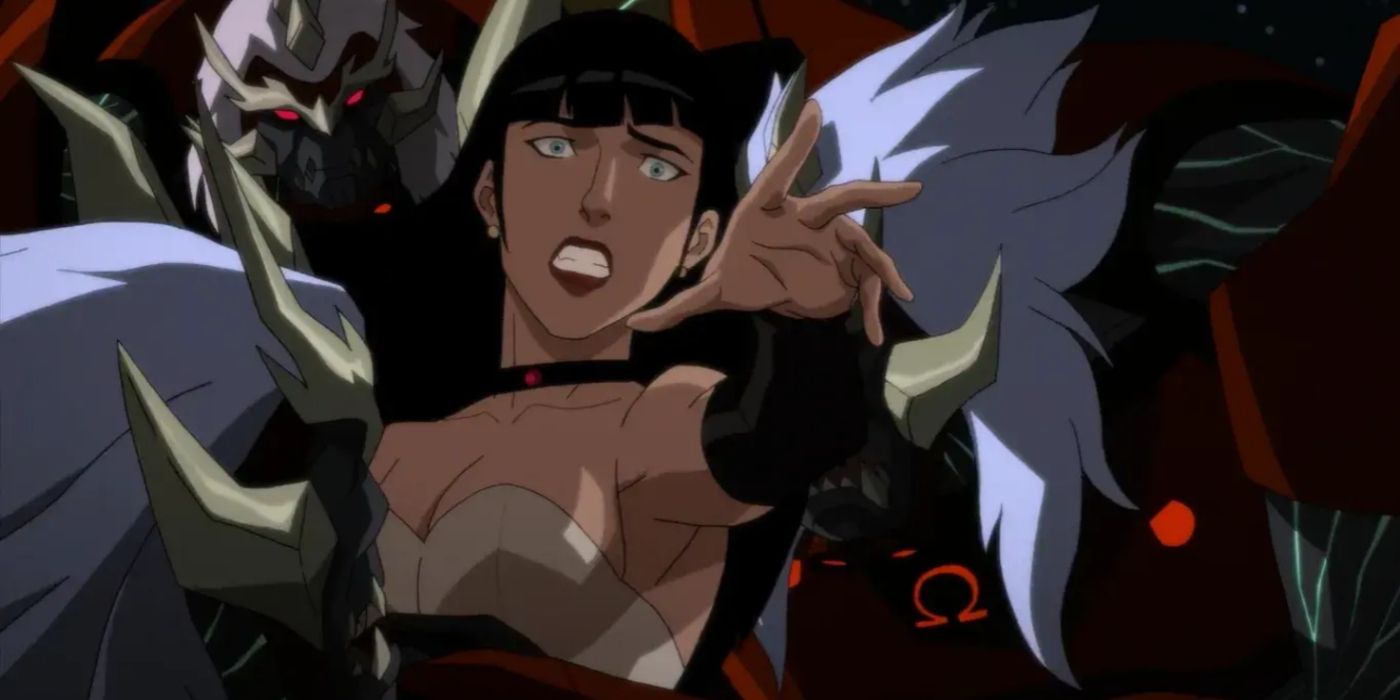 Another one of the casualties of the Justice League's doomed attack on Darkseid's forces in Justice League Dark: Apokolips War, Zatanna is one of the earliest fatalities in the film, being swarmed by a horde of Parademons and dismembered, only able to desperately call out for help to the dismayed John Constantine. The guilt Constantine feels for running away from the situation eats him alive for the next several years, until he dies himself, and learns and briefly reunites with Zatanna in the afterlife.

She reveals she cast a compulsion spell on John to runaway as a backup plan devised by Batman in case the battle went south. The two lovers' reunion is brief, but heartfelt, as Zatanna sends John back to the world of the living in order to help win the final battle against Darkseid. 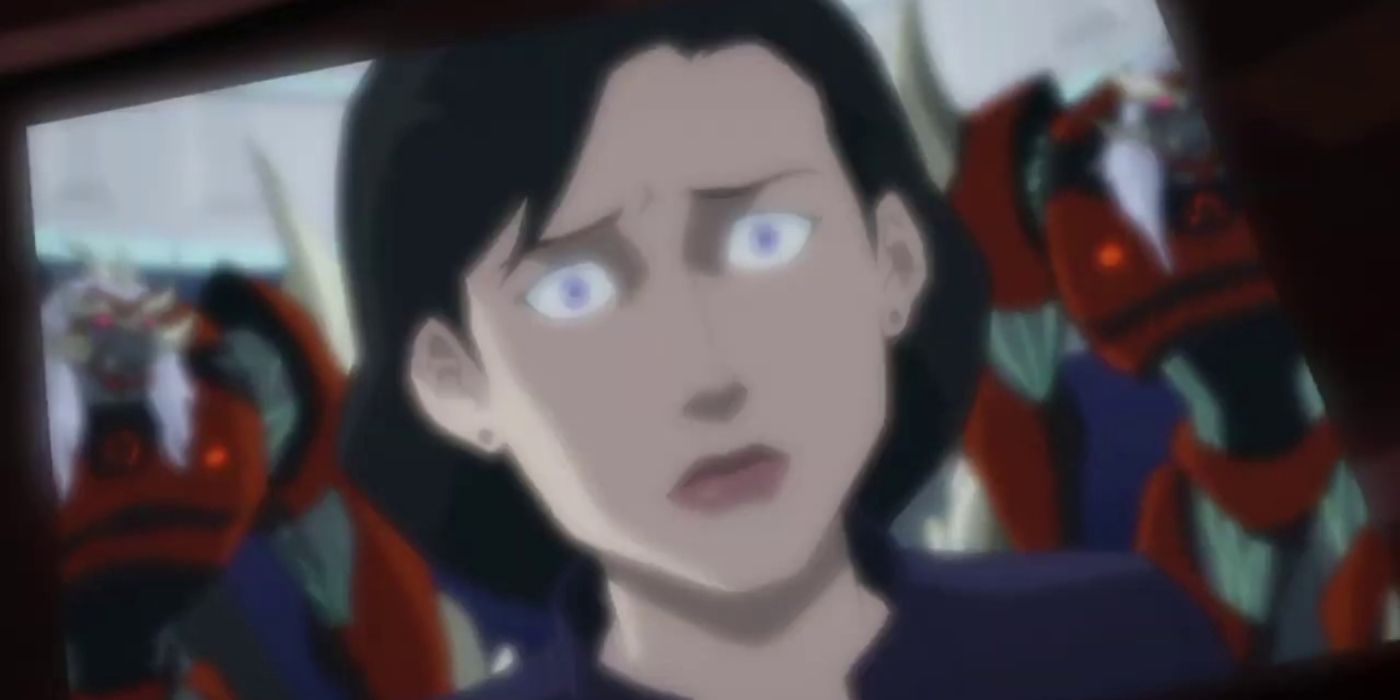 Yet another of the many deaths littered throughout Justice League Dark: Apokolips War, Lois Lane's is by far one of the noblest. Having become one of the leading freedom fighters against Darkseid's forces on Earth, Lois Lane stays with Lex Luthor and the Suicide Squad on Earth during the final battle in order to guard the last boom tube used to reach Apokolips located at LexCorp. Eventually, Lois and her forces are overwhelmed by Paradooms, causing her team to initiate a self-destruct sequence.

Lois sends Clark a final goodbye message though Cyborg, encouraging him to be strong despite her death. The sight of Lois's death shocks Clark, allowing him to break free from Trigon's possession and become Superman once more. It's a stunning sacrifice that makes the DCAMU interpretation of Lois Lane one of the very best. 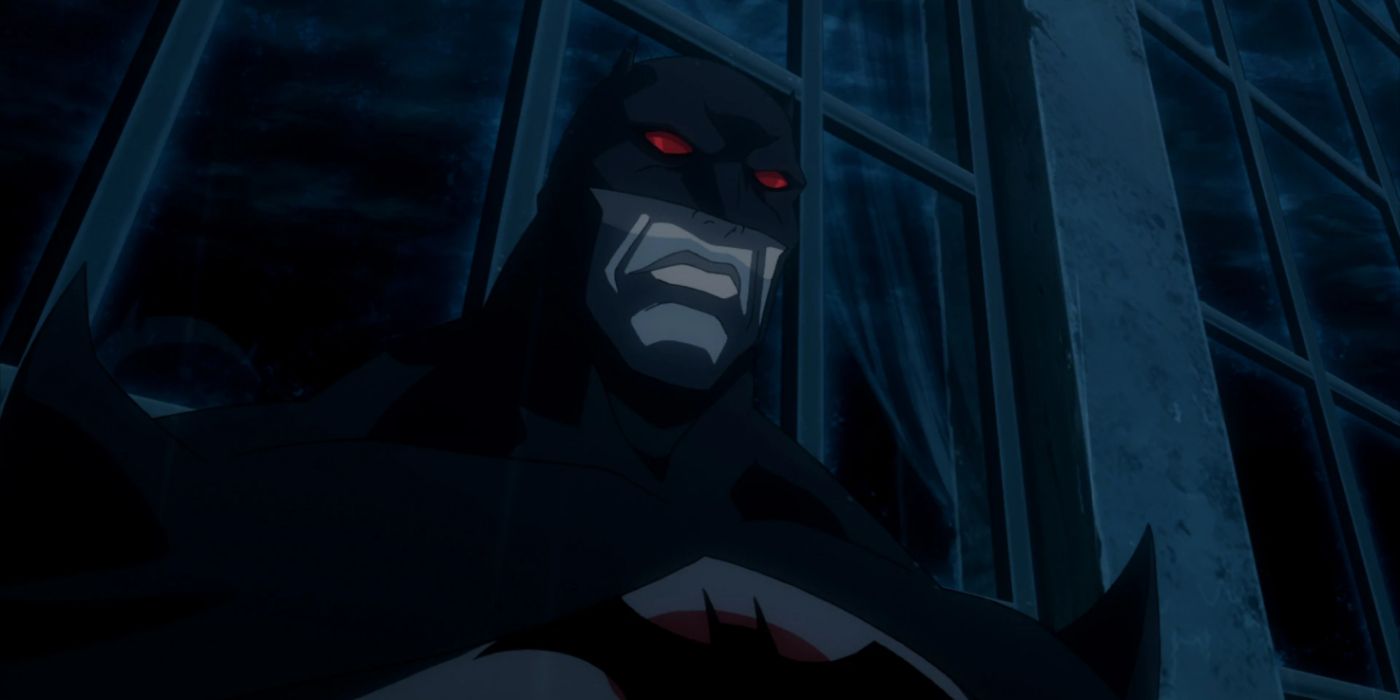 When the Flash traveled back in time in an attempt to prevent his mother's murder in Justice League: The Flashpoint Paradox, he accidentally created the Flashpoint, a reality-warping event that created a brand-new timeline where everything was different. There was a Batman in this timeline, only instead of Bruce Wayne, it was his father Thomas Wayne, and unlike Bruce, Thomas had no qualms about killing the villains he encountered.

Related: 10 Ways The Flashpoint Film Could Change The DC Multiverse

Thomas took up the mantle of the Bat after his son's death in a mugging, and when the Flash offered a chance to ensure Bruce's life in another timeline, Thomas jumped at the chance. Mortally wounded in the final battle against Atlantean and Amazonian forces, Thomas saves the Flash's life by shooting Professor Zoom. With his dying breath, he instructs Barry to once again alter the timeline, while also handing him a letter to give to Bruce, one that brings the usually-stoic Caped crusader to tears when he reads it. 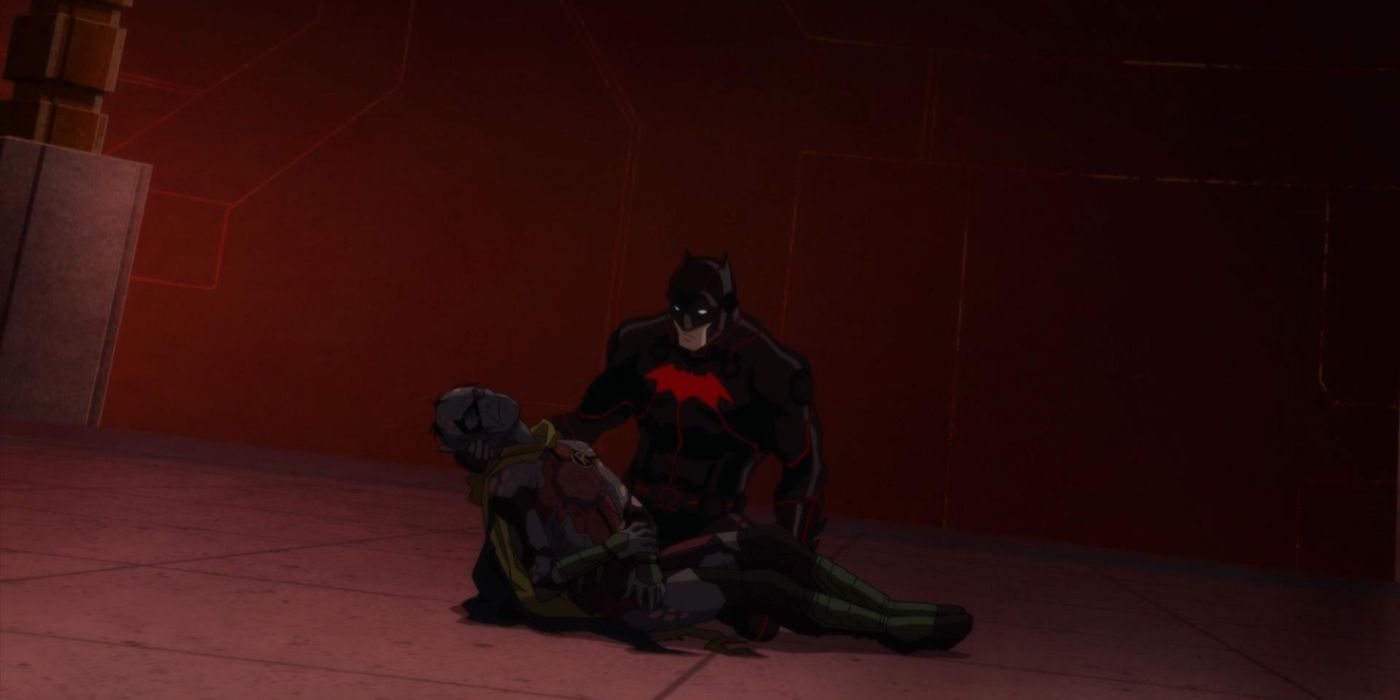 While it was a death that only lasted for mere minutes, the death of Damian Wayne still wound up being one of the most emotional in all of Justice League Dark: Apokolips War. The relationship between Damian Wayne and his father Batman was the emotional core of the DCAMU, which made it all the more heartbreaking to witness Damian forced to fight Batman after the latter had been horrifically brainwashed by Darkseid. Severely outmatched, Damian was defeated.

However, Batman, despite his brainwashing, cannot kill his child, having a flashback to the night his parents died. Batman's rebellion enraged Darkseid, who fired an Omega Beam at his former servant, only for Damian to jump in front of his father and take the damage himself. With his final breaths, Damian thanks his father for the life he has given him and reminds Bruce to heed the "justice, not vengeance" motto that Bruce himself taught Damian. 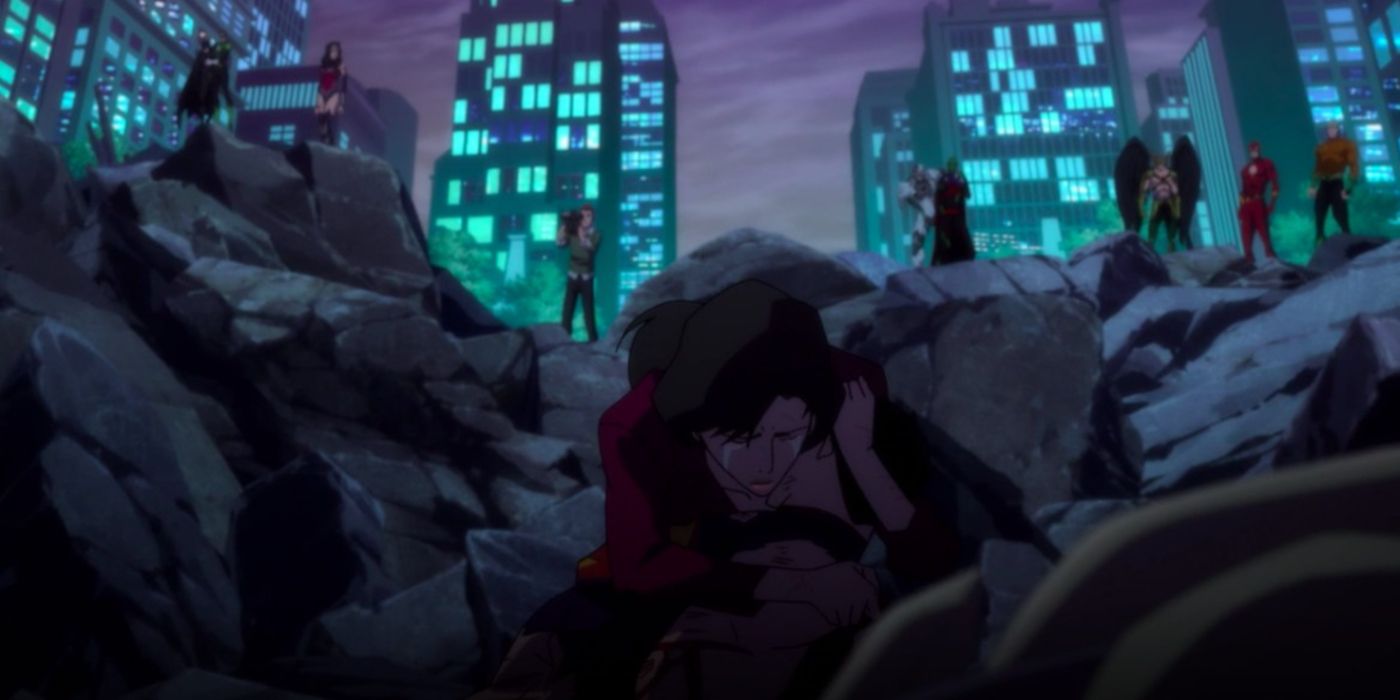 No matter how many times audiences witness Superman die saving the world from Doomsday, it never gets any less devastating. In The Death of Superman, having battled the Darkseid-created monster all throughout Metropolis, Clark is exhausted and moments away from defeat. Lois Lane intervenes, distracting Doomsday and willing to sacrifice herself for Clark. This gives Superman the motivation to stand back up and charge the beast with all of his might, breaking Doomsday's neck.

Unfortunately, Superman is fatally impaled on one of Doomsday's bone spikes in the process. Superman dies in Lois's arms, stating one last time how all he ever wanted was to save everyone and love Lois. It's a bittersweet victory for the Man of Steel, and a beautiful moment that made his return in Reign of the Supermen all the more joyous.