Friends: The Most Underwhelming Plots In The Show

Reese Witherspoon and Jennifer Aniston, who currently star on The Morning Show together, recently took to Instagram to act out a scene from the sixth season of Friends, according to Entertainment Weekly. It was sweet and hilarious watching the actors as sisters Jill and Rachel Green who argued because Jill thought that dating Ross Geller would be a good idea.

While this storyline is memorable, there are some plotlines on Friends that don't feel as compelling or funny as they should, and when compared to the unforgettable moments between the main characters, these ones just aren't as great.

Chandler Walks In On Rachel After A Shower

While there are some storylines that could only exist on Friends, there is a season 1 plotline that feels awkward to watch. In the episode "The One With The Boobies," Chandler Bing walks into Rachel and Monica Geller's apartment and sees Rachel naked. Rachel is understandably upset but then makes the odd decision of wanting to see him without any clothes on as well.

While there are some silly plotlines on the sitcom, this one feels like it could have been avoided, as it makes Chandler look immature and it doesn't explain any character development or backstories. There are many other episodes that focus on how Chandler needs to grow up so this one doesn't feel necessary.

Phoebe Wants A Stripper At Her Bachelorette

In the season 10 episode "The One Where The Stripper Cries," Phoebe Buffay feels badly that there won't be a stripper at her bachelorette celebration as this is something that she wants. When he arrives, he becomes tearful, which confuses everyone and makes them feel a bit awkward.

It's sweet and exciting that Phoebe is marrying Mike Hannigan, as they are a strong pair who really get each other. But since Phoebe is such a quirky character, it would be more entertaining to watch her plan something truly off the wall for her party instead of following a tradition that feels expected.

Many Friends episodes focus on the main characters' lackluster dating lives, whether Chandler is unable to commit or Rachel is unhappy with anyone who isn't Ross. Monica's love life is often the focal point of the show, which is why her boyfriend Alan in season 1's "The One with the Thumb" isn't the most compelling character. When Monica is mad that her friends are big fans of him since she wants to end the relationship, it's a plotline that feels lackluster.

This storyline isn't particularly funny, and it seems odd that Monica would be upset that her pals are being supportive of her new romance, as that is often what she wants and expects from them. There should be a hilarious reason that Monica is annoyed here instead.

Ross Gets A Strange Tan

The season 10 episode "The One with Ross's Tan" isn't that exciting considering how many times Ross has been in a tough situation that feels embarrassing. When Ross gets too much spray-tan on his front and his back is left his regular skin tone, he is upset.

This feels similar to the season 5 episode "The One With All The Resolutions" when Ross puts on leather pants and can't get them off. Ross has many hilarious Friends episodes, including when he's stuck in his pants, since that feels relatable and like it could happen to anyone. Ross's tan just doesn't feel as interesting or funny.

The Characters Are Late For Phoebe's Birthday Dinner

In the season 9 episode "The One with Phoebe's Birthday Dinner," Phoebe's friends are late to celebrate her birthday at a restaurant. This is a plot that is often used on sitcoms, as the characters sometimes scramble to make it to a gathering on time as there is so much going on in their personal lives.

Since the characters spend so much time together and the theme of the show is that they are a significant part of each other's lives, it's hard to believe that everyone would really be that late. There isn't much to laugh at here.

The main characters on Friends often have bad ideas or get excited about something that doesn't work out. While it's often fun seeing how they spend their time, and it's always sweet when they bond even more, the season 9 episode "The One With The Lottery" doesn't feel as riveting as it could.

This plot underwhelms as it doesn't feel like everyone in the group would really and truly think that they could win the lottery. While Ross says no at first, he's easily influenced. Monica gets really excited about the idea, but that doesn't ring true with her practical character, as it seems like Monica would be the first to say that this is silly and impossible.

Rachel Thinks Danny Is Too Close To His Sister

While some Friends love interests need more screen time, others have some strange plotlines. In the season 5 episode "The One with the Inappropriate Sister," Rachel dates Danny, who she realizes is very close to his sister. She is creeped out by how he tickles her and she definitely has every right to be as these scenes are strange.

This isn't the best storyline, though, because it's awkward and odd. Rachel's love life has been rough since the beginning of the series and this plot drives that home but since it isn't funny or quirky or interesting, it doesn't feel like it belongs on a show with so many hilarious, warm-hearted episodes.

Whenever Janice Litman-Goralnik shows up on Friends, it's clear that she will do something to bother Chandler, who attempts to split up with her various times throughout the sitcom. In the season 3 episode "The One with the Giant Poking Device," Chandler realizes that Janice has kissed her ex-husband, which is of course hurtful and makes him think that they should end their relationship.

While it's sad to see Chandler in this situation, it never really feels like he loves or cares about Janice since she's constantly irritating him, which takes away the emotional impact of this particular storyline. If this happened when Chandler was dating someone who he was serious about, it seem different.

Monica Is Given Free Meat At Her Restaurant

Although there are many funny scenes about food on Friends, Monica has a baffling plotline in the season 2 episode "The One with Five Steaks and an Eggplant." She loses her job at a restaurant because the person who supplies meat keeps giving her free food. Monica's boss says that she actually broke a major rule because she wasn't supposed to take the five steaks that she served her friends for dinner.

It seems like Monica, who is otherwise smart and organized, would be aware of this rule and would definitely know not to do this. Since Monica likes being in control of her life, it's hard to believe that she would get in trouble at work like this. 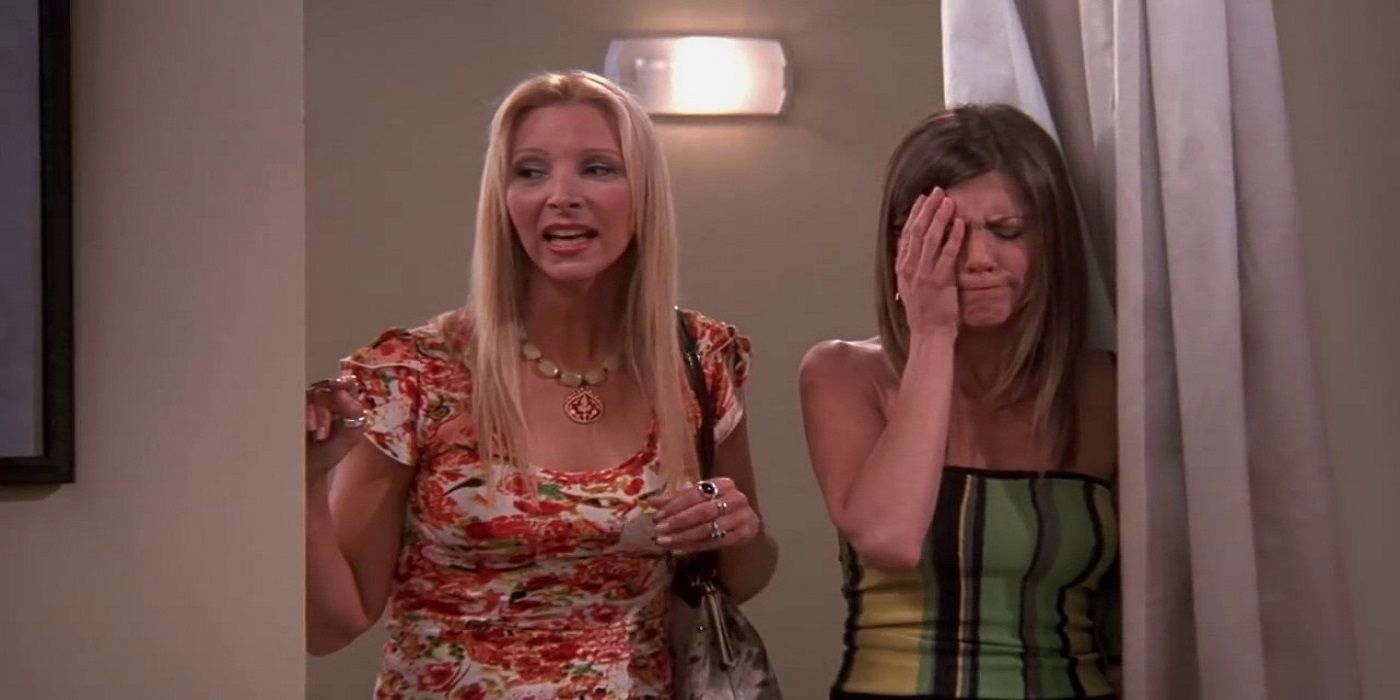 The season 6 episode "The One Where Phoebe Runs" is memorable but since the show often focuses on how silly Phoebe is, it doesn't stand out quite that much. Rachel and Phoebe begin living together but Rachel hates running with Phoebe because she feels that Phoebe moves her body in an odd way.

With so many episodes devoted to Phoebe's quirks and likes and dislikes, it seems like overkill to poke fun at the way that she runs. This plotline also doesn't make Rachel seem very kind or sympathetic as it doesn't make sense that she would be so mean to her good friend.

NEXT: 9 Best TV Shows To Watch On HBO Max This Month