10 Disney Characters Made Famous By A Song

Encanto, released in November 2021, introduced some of Disney's most infectious musical numbers seen since Frozen, many of which are inspired by the film's colorful cast of characters. Luisa and Bruno are just two examples of some of the studio's characters driven by theme songs, but it's a more common occurrence in Disney media than some fans might think.

Whether it's in the script, the lyrics, or simply cultural osmosis, many of Disney's biggest stars achieve their fame in tandem with a catchy theme song. It might be about them, sung by them, or be their name or what they're all about, but there's no escaping the infectious tunes associated with these characters.

One of the many reasons the Disney adaptation is one of the most beloved versions of Robin Hood is the folk-inspired soundtrack featuring country music star, Roger Miller. A viewer only has to hear the names "Robin Hood and Little John" to immediately associate with the words "Oo-de-lally, oo-de-lally, golly what a day."

RELATED: 10 Disney Characters Who Could Be A Great D&D PartyThe image of the bear and the fox walking through the forest is one that is permanently cemented in the minds of nearly all Disney fans, and it's usually accompanied by this famous song. While it might be silly or compared to the characters in the original book, it's arguably the most memorable vision of either character.

Pinocchio (I’ve Got No Strings) 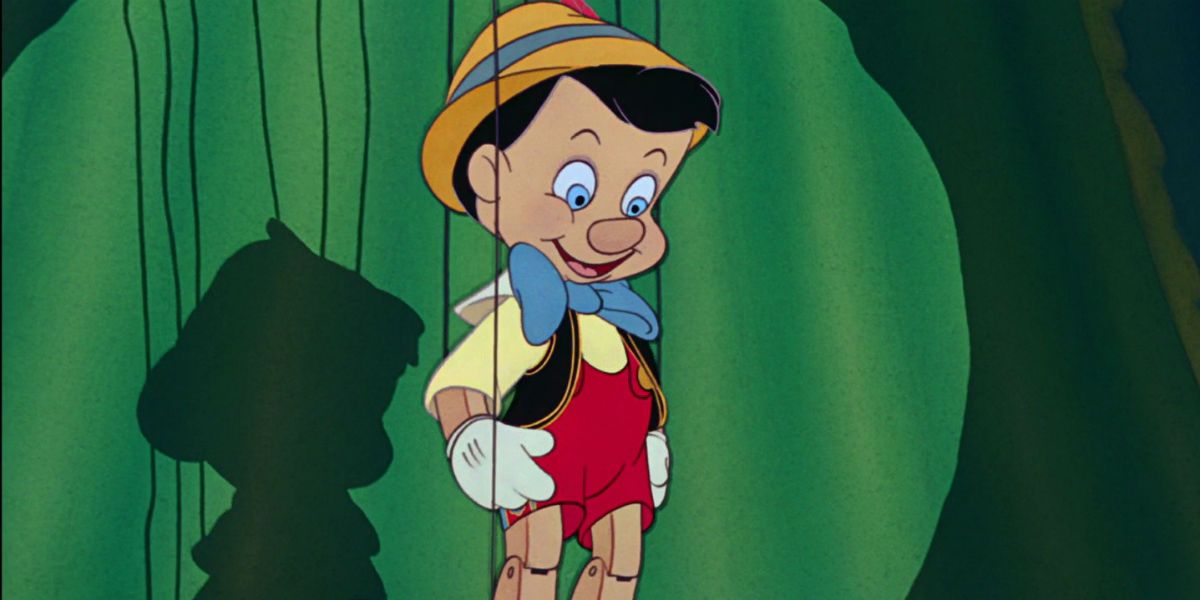 While the melody might be frequently associated with the corrupted silicon soul of Ultron, Pinocchio continues to be tied to the song "I've Got No Strings." Even with his recent live-action remake, the living wooden puppet is associated far more with this ditty than he is the studio's anthem of "When You Wish Upon A Star."

Like so many character theme songs, Pinocchio's catchy tune essentially contains the essence of his character. He's not just a living puppet, he is a blank slate of a character experiencing humanity for the first time. He's not tied down to anything, because he's still learning. His innocence is the soul of his carefree attitude, and the music goes above and beyond to reflect that fact.

When it comes to infectious Disney theme songs, "Hakuna Matata" is right up there with "It's a Small World" in terms of memorability and longevity. Since the comedic duo of Timon and Pumbaa are the ones to introduce legions of viewers to the song, they've naturally become the living embodiments of the wonderful phrase.

The song's message of a laid-back, Zen master outlook is a perfect reflection of Timon and Pumbaa's personalities. The pair are beyond easygoing, and when they say "no worries for the rest of our days" they truly mean it and believe it. Even when the extended Lion King universe expands on their characters, they still adhere to that Hakuna Matata lifestyle.

Whether fans love the Frozen movies, hate the Frozen movies, or simply tolerate them until they are undeniably dethroned by the next Disney mainstay, two things that will always go together are Elsa and the song "Let It Go." While it was beautifully given life by the golden pipes of Idina Menzel, it's a song that has been permanently ingrained in the collective consciousness of popular media.

RELATED: 10 Disney Characters & Shows That Aged With Their AudienceMuch like how Belle and her Beast will forever be associated with the ballroom sequence and how Simba will always be held to the sun atop Pride Rock, Elsa will be building her ice fortress while belting out this power ballad. For better or for worse, it's an icon of the Disney brand.

Snow White and the Seven Dwarfs was the feature film that launched Walt Disney into immortality, and everything from the animation to the music helped build his iconic career. Where Snow White has her "Someday My Prince Will Come," her seven companions have the eponymous "Heigh-Ho." But while Snow White's song is undeniably a classic, the dwarves' number is the one most viewers take home.

Similar to Doc, Dopey, Grumpy, and all the rest, the song is short and sweet with a tune and chorus that is as infectious as a Disney song can get. The song has resurfaced in other dwarf-related media outside the Disney name, even warranting a footnote in Terry Pratchett's Soul Music.

Will Smith undeniably gave it his all as the genie in Aladdin's remake, but the words "Never Had A Friend Like Me" have always and will forever be associated with the one and only Robin Williams. Both the character and his original performer needed a song that was big and bombastic as their personality was, and Disney clearly delivered.

A big part of this song's longevity comes from how iconic the performance and the movie was. Much like the Genie himself, it's a Disney standby that's often imitated but never duplicated, and there's only one character that could ever do it the proper justice.

Although the character of Davy Crockett does have a place in the realms of reality, the tall tales and version presented by Walt Disney is arguably more famous than the genuine article. In fact, it's likely a safe bet to say that a vast majority recognize the song more than the actual entity.

RELATED: The Best Character Introduced In Every MCU Disney+ ShowOf course, being a theme to both a Disney TV Show and iconic film in their library has its cultural advantages. Given the fact that thousands of viewers tuned in for episodes of the show and heard "The Ballad of Davy Crockett" on repeat while the show was in syndication all throughout the '50s, it makes sense that it's become one of Disney's most recognizable tunes.

Tigger (The Wonderful Thing About Tiggers)

Although the chubby little cubby all stuffed with fluff is the star of the show, Tigger is undeniably a fan favorite, and he comes with a catchy song by the Sherman Brothers to convey this. He's bouncy, trouncy, flouncy, pouncy, fun-fun-fun-fun-fun, and his theme is absolutely unforgettable.

The difference between a character like Pooh and a character like Tigger is that Pooh is simply animated and Tigger is blatantly a cartoon. Ergo, he needs a wild and zany theme song that is as bouncy and staccato as he is. His movement matches his music, and it fits perfectly.

Many movie fans often forget just how much power there is in a name, and that's even more exceptionally true when that name belongs to a villain. Out of all the famous Disney villain songs, no one utilizes a name quite like Cruella De Vil's titular song. Even the way she's introduced into the movie consists of Roger making fun of her name and turning it into a song.

Roger's skills as a songwriter aside, All anyone needs to know about Cruella is made clear by her name alone. She's not just the villain, but an outrageous and over-the-top villain who loves what she does. Although he was being facetious, he wasn't too far off from the truth in her assessment.

Of all the characters in recent years to have a song about them, their name, and/or their reputation, no song is quite so infectious or persistent as "We Don't Talk About Bruno." Encanto already comes up to the plate armed to the teeth with the musical stylings of Lin-Manuel Miranda, but this is the song that became something of an overnight sensation.

They might not talk about Bruno, but the Madrigals will certainly sing about him. In short, it was the ideal cocktail of music, lyrics, and subject that all came together to give audiences this catchy-yet-creepy composition. It told Bruno's conceived story, explained his powers, and served as a teaser to his introduction. All while still being hummed and sung by audiences today.