10 Comics Characters Portrayed Much Better On TV Than In Movies

Among the most exciting things about the new Disney+ series She-Hulk: Attorney At Law is the re-emergence of Matt Murdock, aka Daredevil. After the end of his eponymous Netflix series, the character had last been spotted in Spider-Man: No Way Home, in which Murdock, a lawyer, offered to help Peter Parker deal with a legal issue.

Most comics fans agree Charlie Cox’s version of Daredevil, mostly seen on the small screen, is much better than the one that Ben Affleck played in the 2003 movie. Over years, there have been a number of other comics characters that similarly were portrayed much better on TV.

The Flash has been depicted in a number of live-action and animated TV projects. However, the two most popular versions of the character are the ones played by Ezra Miller in the DCEU and Grant Gustin in the Arrowverse.

Except for Zack Snyder’s Justice League, every other movie that Ezra Miller’s version of The Flash has appeared in has been critically panned. There’s also the fact that Ezra Miller’s Flash has no solo movie yet and personal information about him remains a mystery. Grant Gustin, on the other hand, has been the Flash for nine seasons, and thanks to the dozens of hours of screentime, the character development has been better. During this period, Gustin has also been nominated for a whopping 30 awards for the particular role.

The first live-action version of Ghost Rider appeared on the big screen, portrayed by Nicolas Cage. The Marvel hero later appeared as a supporting character in Agents Of S.H.I.E.L.D.

The fact that Nicolas Cage won the most dreaded award of them all, the Razzie Award, for his performance is perfect proof that the character was portrayed poorly. Luckily, thanks to the MCU’s record of handling comic characters much better, TV viewers get to see a Ghost Rider who’s less about showmanship and more about business. From his background to his likes and dislikes, everything about the TV iteration feels much more satisfactory.

At this point, Superman could be labeled an over-portrayed character. The most known versions of the character are the ones portrayed by Christopher Reeve, Dean Cain, Brandon Routh, Tom Welling, Henry Cavill, Tyler Hoechlin,

So far, the TV projects starring Tom Welling and Tyler Hoechlin have been better received. And there are good reasons for that. Both Supermen have proper background stories, are surrounded by solid supporting characters, and operate within the much more grounded location of Smallville rather than Metropolis. Though he remains legendary as the Man of Steel, much about Christopher Reeve's Superman movies have aged poorly. Henry Cavill, on the other hand, has been a victim of poor scripts. 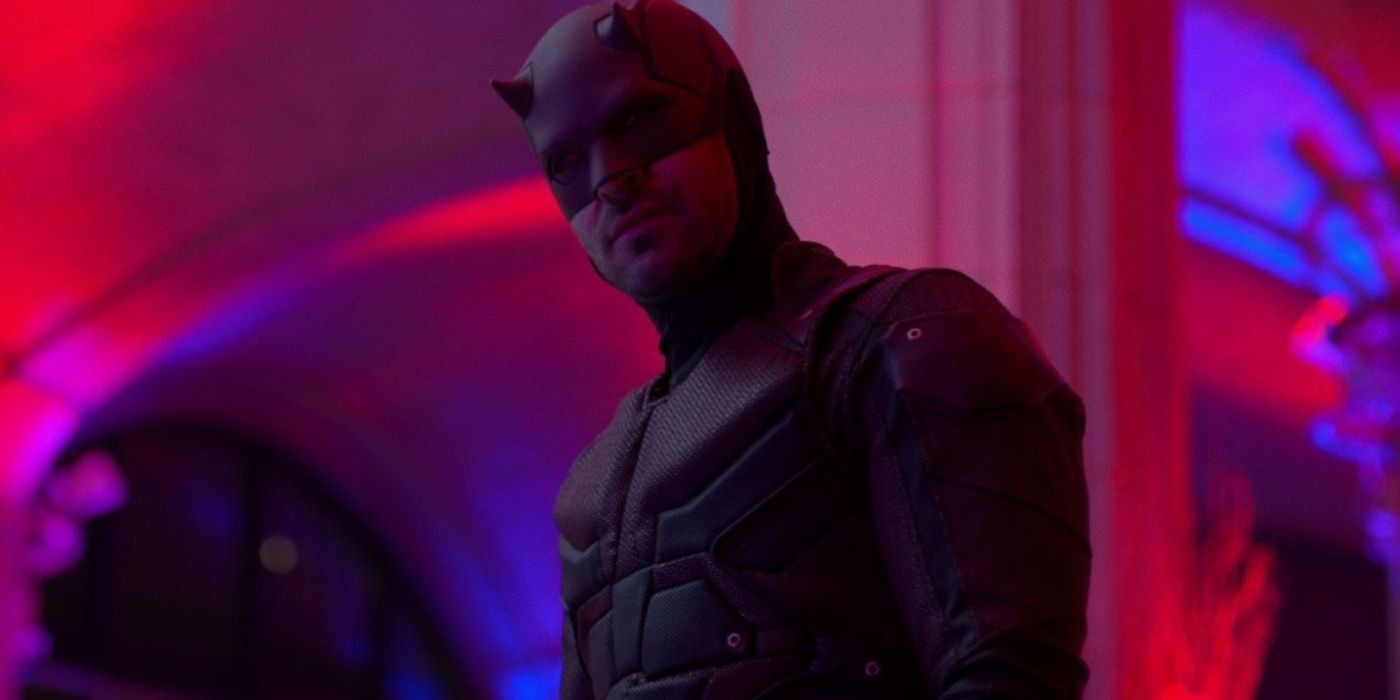 Daredevil was first played by Ben Affleck, who now has the honor of being one of few actors to appear in both Marvel and DC projects. Charlie Cox later portrayed the lawyer/hero in the MCU.

That many superhero fans associate Affleck with Batman more than Daredevil says a lot about how unimpressive his stint as the Hell’s Kitchen lawyer was. With a weak script and a weak villain, Affleck’s Daredevil never really got to wow fans. As for Cox’s Daredevil, he has done it all, from obliterating goons on hallways, representing Spider-Man in court, tangoing with She-Hulk.

TV has been kind to Deathstroke, as he has appeared in the Arrowverse, as well as Titans and Smallville. As for movies, Deathstroke has a brief conversation with Lex Luthor in the Justice League post-credits scene, portrayed Joe Manganiello.

The TV versions of Deathstroke being better than the movie version can all be blamed on time and quantity. Joe Manganiello was neither given enough minutes nor projects to show how good he could be as one of the best sword fighters in the DC universe. On the small screen, fans have time and time again seen the character flaunt his skills and arrogance while facing off against Clark Kent, Oliver Queen, and the Titans.

There are 3 different Punisher movies, with the 1989 release starring Dolph Lundgren being the most popular one. On TV, the character appears in Daredevil and The Punisher.

As good as an action star as Dolph is, The Punisher is one of his least memorable movies. That’s mostly because it’s all fights and no story. On TV, Jon Bernthal impresses so much that he gets to be on two MCU shows. The action scenes are much more intense and the protagonist’s motivations for brutalizing everyone he meets make much more sense.

Back in 1984, Helen Slater was Supergirl in what is one of the lowest DC movies (8% on Rotten Tomatoes). Over 2 decades later, Melissa Benoist would once again play the character in the Arrowverse series.

The TV series works better because it’s not just a superhero tale but also a female empowerment vehicle. There are solid feminist themes with Kara being portrayed as a skilled reporter rather than just Clark Kent’s cousin who occasionally saves the world like him. As for the movie, the backlash was so bad that producers Ilya and Alexander Salkind sold Superman film rights to The Cannon Group, Inc (via Showbiz Cheat Sheet).

Keanu Reeves played Constantine in a self-titled movie back in 2005. Matt Ryan would then take over in an NBC series before his character was adopted into the Arrowverse.

The version on the big screen is much scarier, constantly dealing with complex angels and demons. Even though there are such arcs in the comics, the TV iteration is more tolerable since he operates within a PG-13 arena. Plus, there is variety too. Most recently, fans have gotten to see a female version of the character in The Sandman.

The Falcon appears in a number of MCU movies as a supporting character. And in 2021, he finally had his own series, The Falcon and The Winter Soldier.

The winged Avenger is definitely one of the characters that benefited from the emergence of Disney+ as well as Marvel Studios' decision to churn out more TV content. Unlike in the movie where Falcon simply offer support during missions, he gets to be his own man in the series. His family gets examined and so are his financial troubles, Most importantly, he is granted better character development, becoming Captain America by the end of the first season.

As Superman’s love interest, Lois Lane has also been highly favored by screenwriters. Many of the best Lois Lane actors have done a good job but things have been much better on TV.

Erica Durance’s Lois Lane is widely considered the best ever version of the character because of her sense of humor, overall wholesome relationship with Clark and more career achievements. She has a proper background story too, something most of the other versions lack. Bitsie Tulloch’s Lois in Superman & Lois ranks highly too. As a stern but caring mother of two super-powered teenage boys, themes of parenthood are better explored with her than with any other version of the character.