The DC Animated Movie Universe (DCAMU) was an interconnected series of animated DC films, all set within a shared universe reminiscent of the New 52 continuity. Originally lasting from 2013-2020, before receiving an epilogue film in 2022, the franchise consists of 16 feature-length films and two short films.

Following not only the formation of the Justice League and their subsequent battles as team, the franchise also dove into several solo films that further fleshed out the adventures of several of its characters. While the DCAMU reached deep into the corners of the DC Universe in order to highlight a wide variety of its characters, both popular and obscure, the series of films undoubtedly focused on several characters more than others and had those characters appear the most times across the franchise's numerous entries. 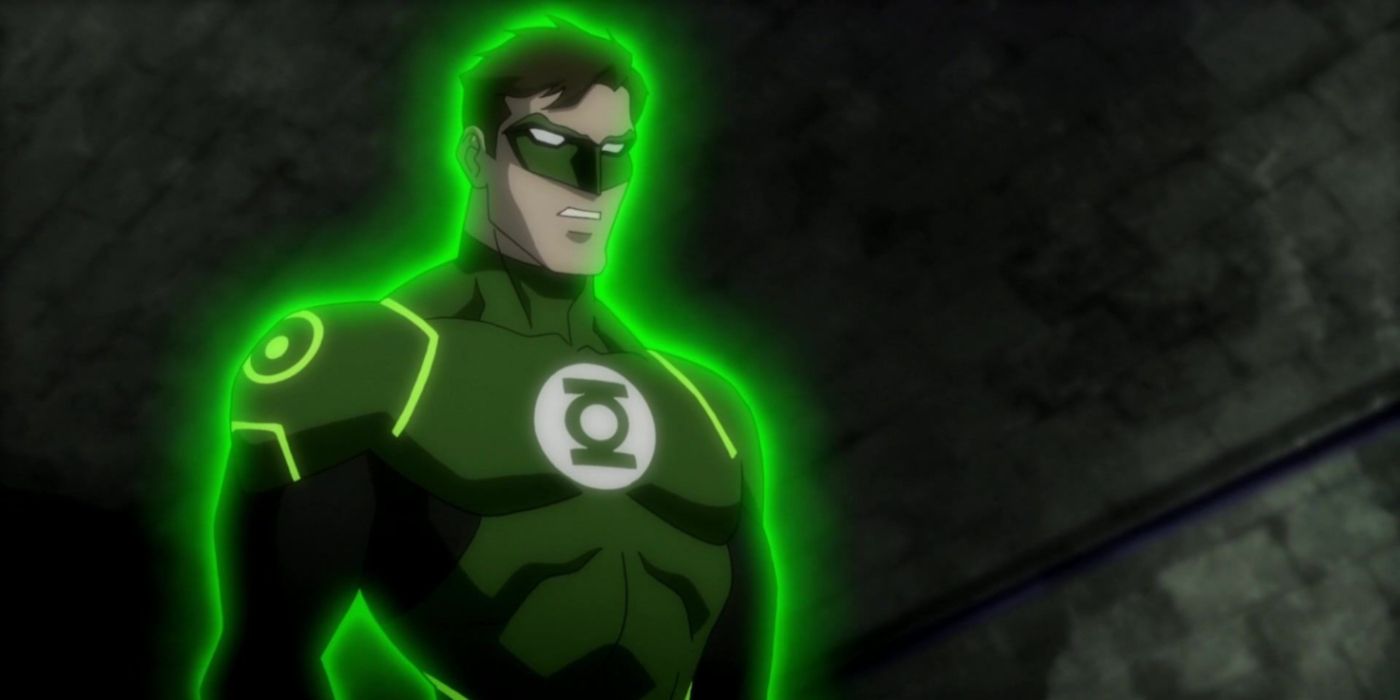 Hal Jordan is one of two Green Lanterns to be majorly featured in the DCAMU. Hal's largest role occurs in Justice League: War, in which his cocky attitude puts him at odds with Batman and causes him to be humiliated in battle several times throughout the film until he learns to put others first and helps the rest of the league defeat Darkseid.

After this, Hal's roles in the films are comparatively smaller, though he does aid in battles against Orm and Doomsday. The reason for Hal having fewer appearances than most of his Justice League peers is that his fellow Green Lantern Corps member John Stewart also makes a few appearances in the franchise, filling in for Hal when he is off-world. 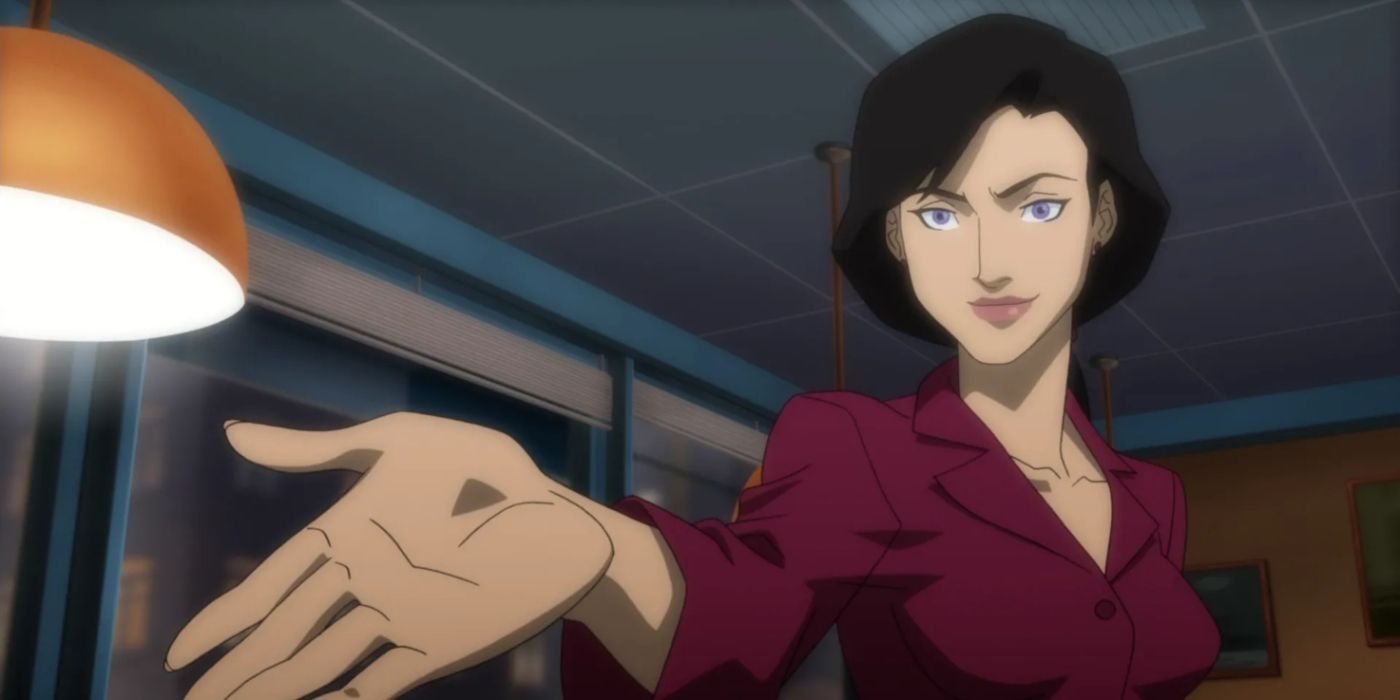 Lois Lane has the distinction of being one of the non-powered characters with the most appearances in the DCAMU. Due to the films adapting Superman's New 52 romance with Wonder Woman, Lois doesn't make many appearances in the early stages of the franchise.

However, once her relationship with Clark begins in The Death of Superman, she receives an increased focus and becomes one of the major characters of the entire DCAMU, playing significant heroic roles in Reign of the Supermen and the climactic Justice League Dark: Apokolips War. Her incredible actions in these films are hugely impactful, making the DCAMU version of Lois Lane one of the very best. 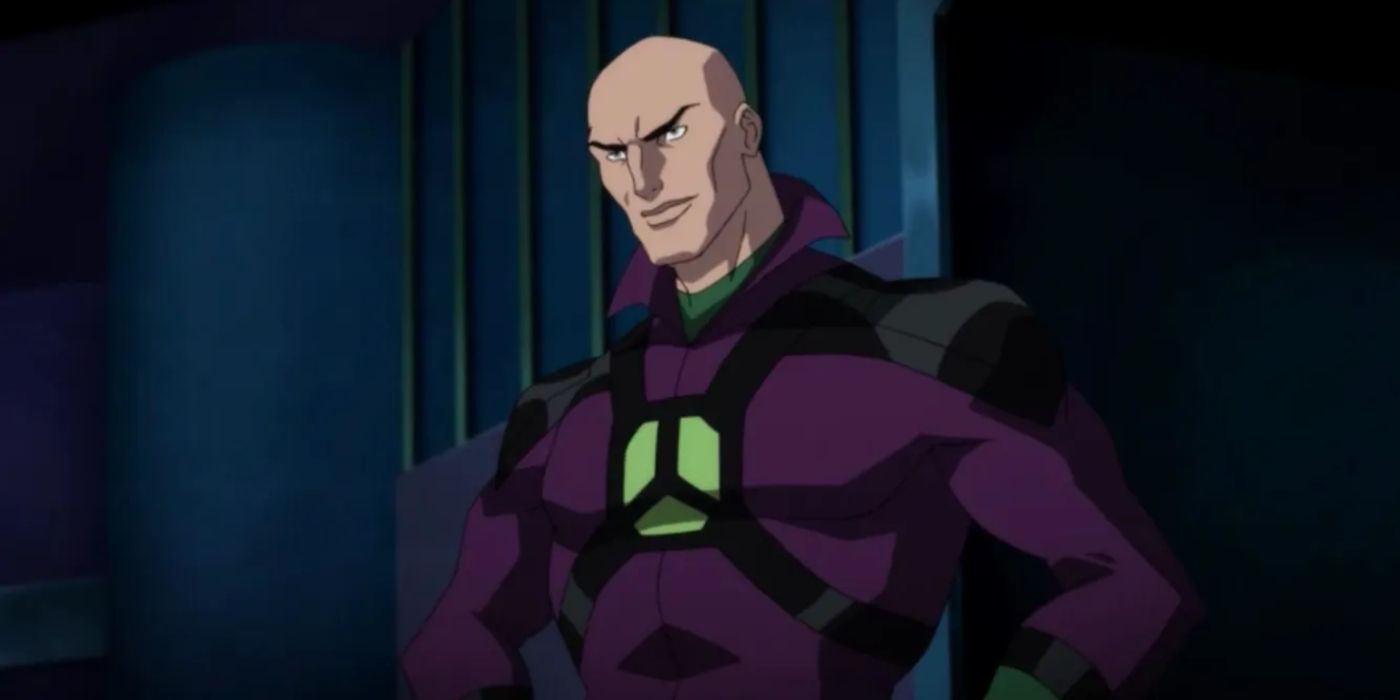 Lex Luthor is the villain with the most appearances in the DCAMU, even starring in more films than the franchise's central villain, Darkseid. Though, in truth, Lex only acts as a villain for about half of these appearances within the series. He forms the Legion of Doom early on in the films, though audiences only see one battle between them and the Justice League in the opening to Justice League vs Teen Titans.

He's responsible for the creation of Superboy in Reign of the Supermen, and it is during that film he switches over to the heroic side, helping battle the Cyborg Superman and becoming a probationary member of the Justice League in order to battle Darkseid. 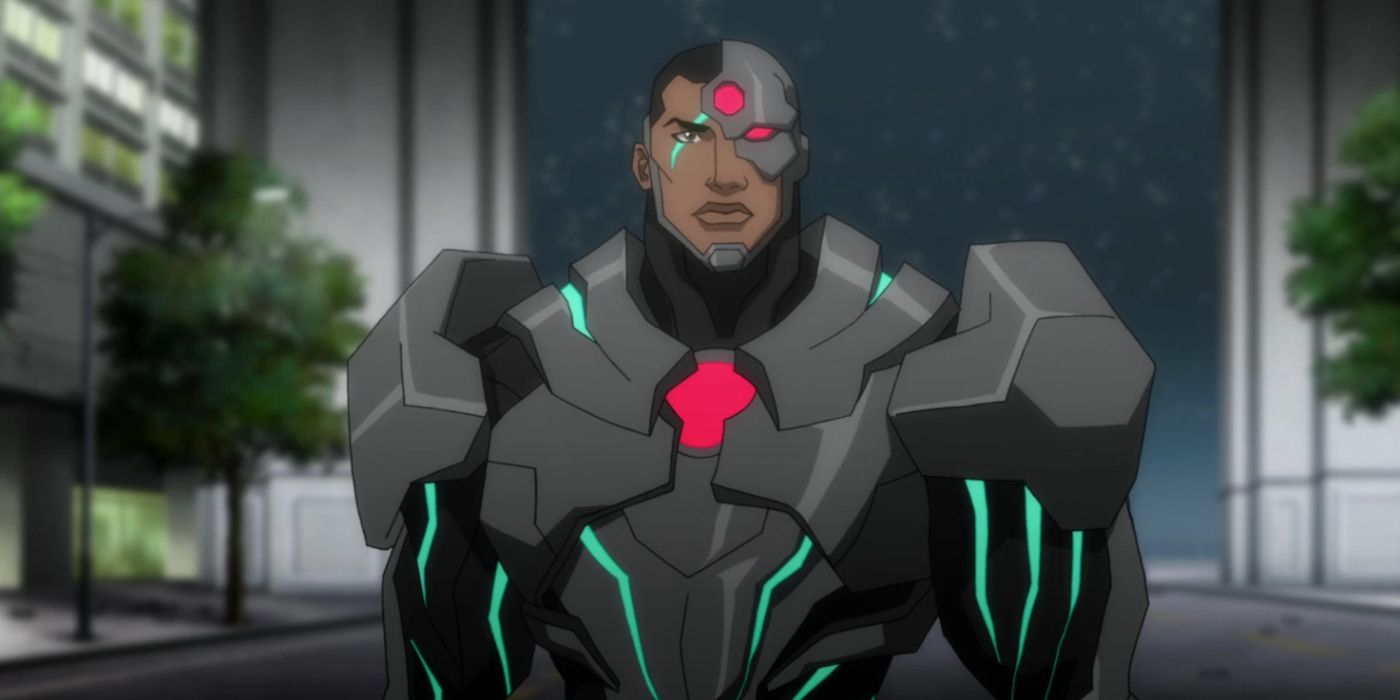 Cyborg is another character that, like Hal Jordan, received a massive focus in Justice League: War. The film acts not only as an origin story for the titular team, but for Cyborg as well, showcasing the accident that transformed him from football star Victor Stone into the superhero Cyborg, while also highlighting his strained relationship with his Star L.A.B.S. scientist father, Silas Stone. 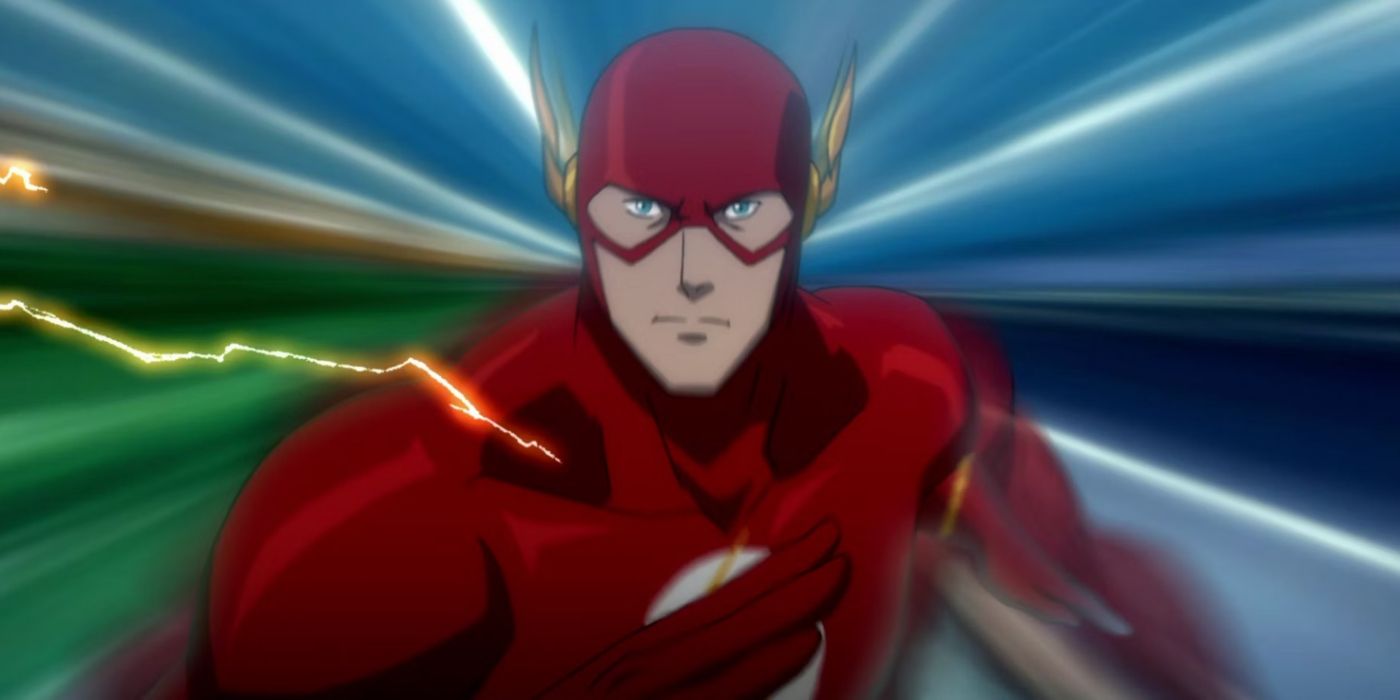 The Flash is actually the one responsible for beginning the DC Animated Movie Universe and its many movies, his time travel actions during his starring role in Justice League: The Flashpoint Paradox rebooting his entire universe and setting into motion the New 52-inspired continuity of the films.

After this, he mostly appears alongside the rest of the Justice League, helping them battle whatever threat they're currently facing. The Flash is also responsible for the end of the DCAMU, causing another Flashpoint to reset the world after the catastrophic events of Justice League Dark: Apokolips War. 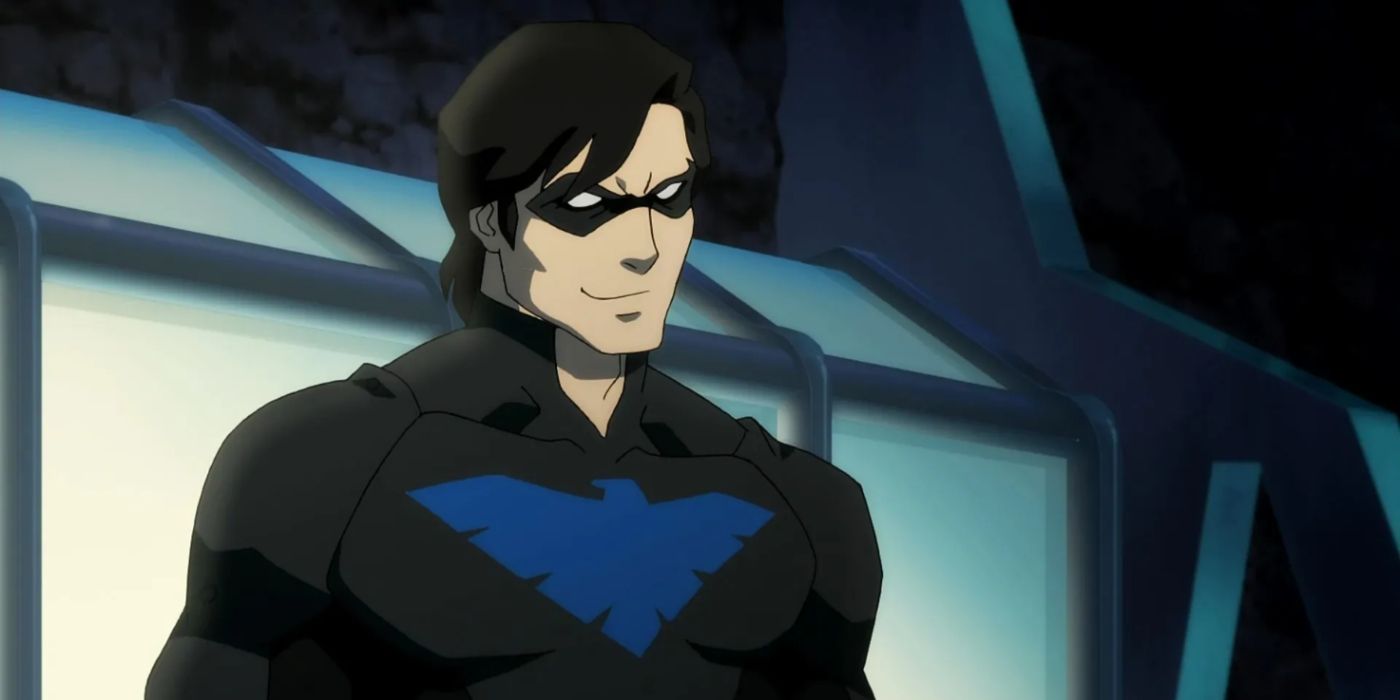 The character Nightwing has had a storied history in animation, and the DCAMU is no different. Dick Grayson makes his debut appearance in Son of Batman, having to rein in and battle the rebellious and bloodthirsty Damian Wayne. He makes several more prominent appearances in the franchise, often in the Batman and Teen Titans titles, and usually with Damian right by his side as an (obnoxious) ally against whatever evil they face.

Dick's role as a begrudging brother to Damian acts as a major source for the latter's character development over the series of the films. Dick dates Starfire in this continuity, with their relationship prominently featured the Teen Titans films. 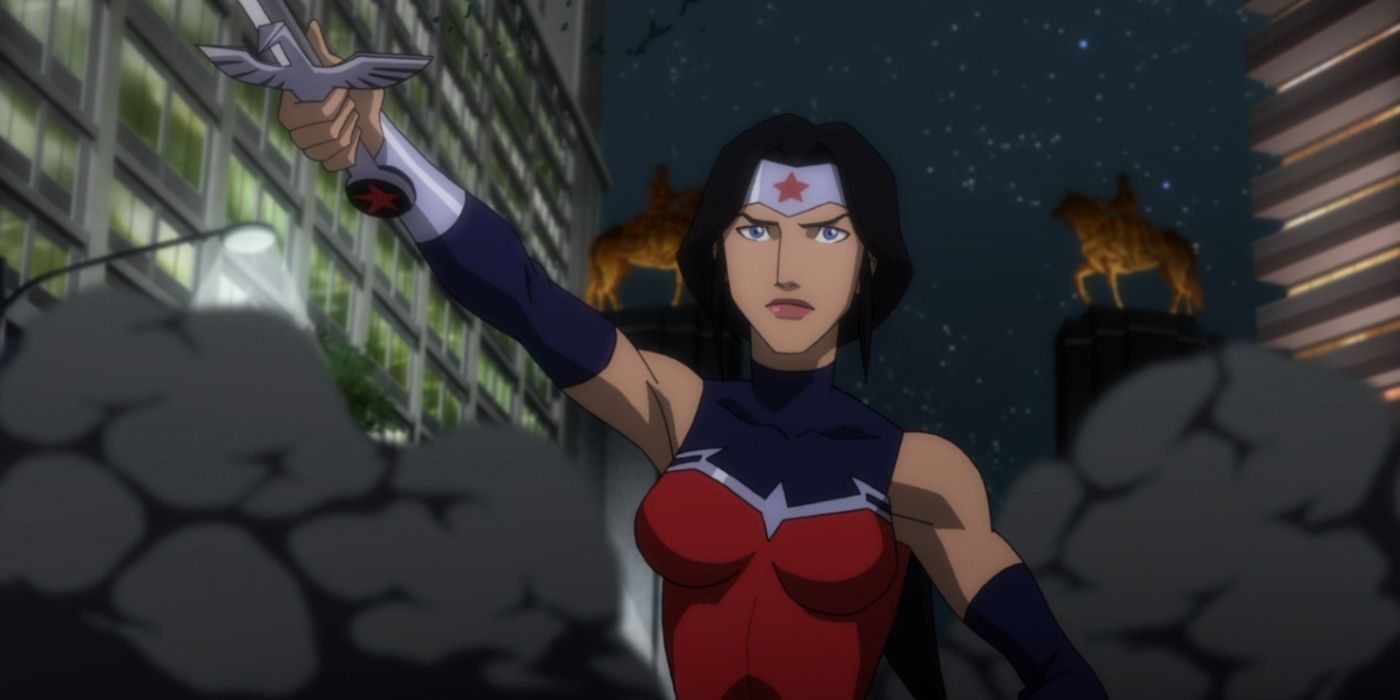 Unsurprisingly, the DC Trinity occupies three of the four top spots in regard to most appearances in the DCAMU. Wonder Woman appears in every single Justice League film within the franchise, helping the League battle numerous evils. Her newness to the world outside Themyscira and relationship with fellow superhero Superman make up for the bulk of her storylines.

Related: 10 Best Wonder Woman Characters Not In The DCEU

She is the final character in the franchise to receive her own solo film (unless one counts the recent DCAMU epilogue film Constantine: The House of Mystery), with Wonder Woman: Bloodlines featuring Diana battling multiple members of her rogues' gallery with Steve Trevor by her side in an attempt to protect Themyscira. 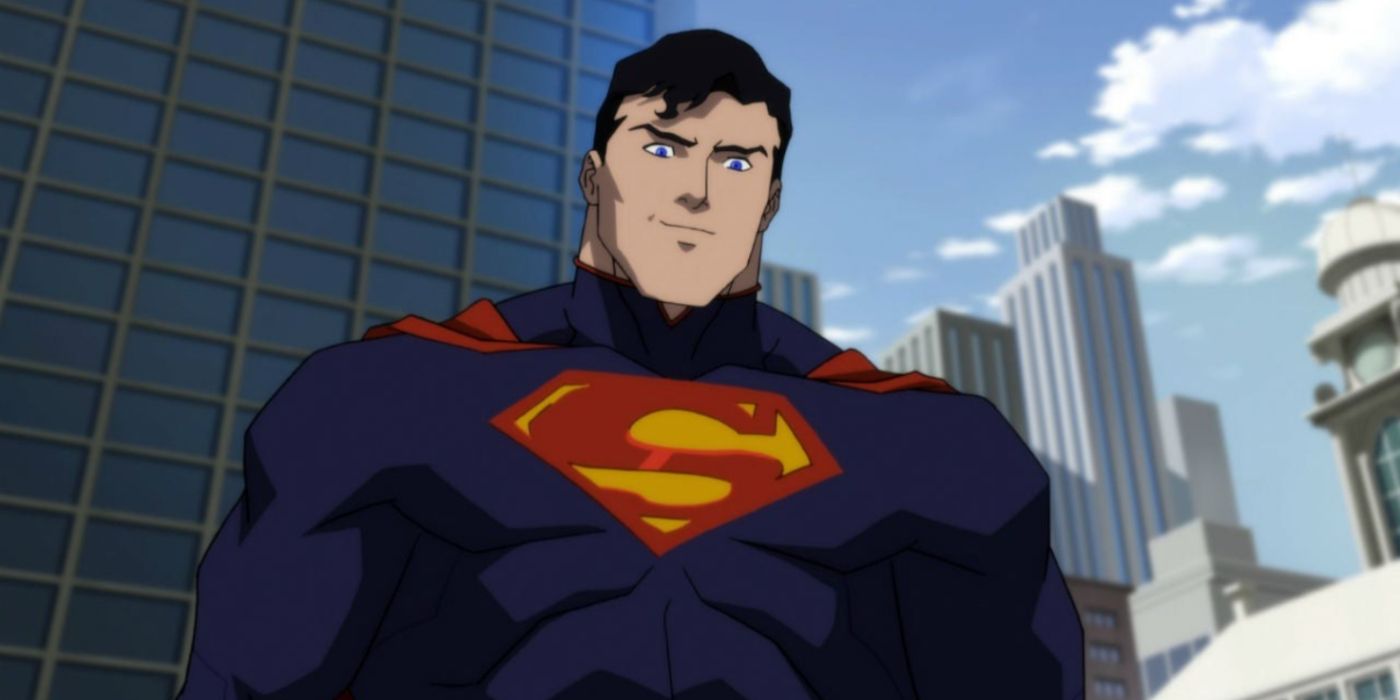 Like Wonder Woman, most of Superman's appearances come in the form of the franchise's Justice League movies. As the DCAMU adapts DC's New 52 continuity, this version of Clark is a younger and cockier Superman, one who is quicker to rush into battle. Superman acts as the chief rival of the franchise antagonist Darkseid due to being one of the few characters capable of matching his power, and in fact, dies at one point due to one of Darkseid's creations, Doomsday (though he is later revived).

While he dates Wonder Woman for the first several films in the series, he later begins dating Lois Lane, their relationship becoming one of the major dramatic components of not only his solo films The Death of Superman and Reign of the Supermen, but also the franchise's finale film Justice League Dark: Apokolips War. 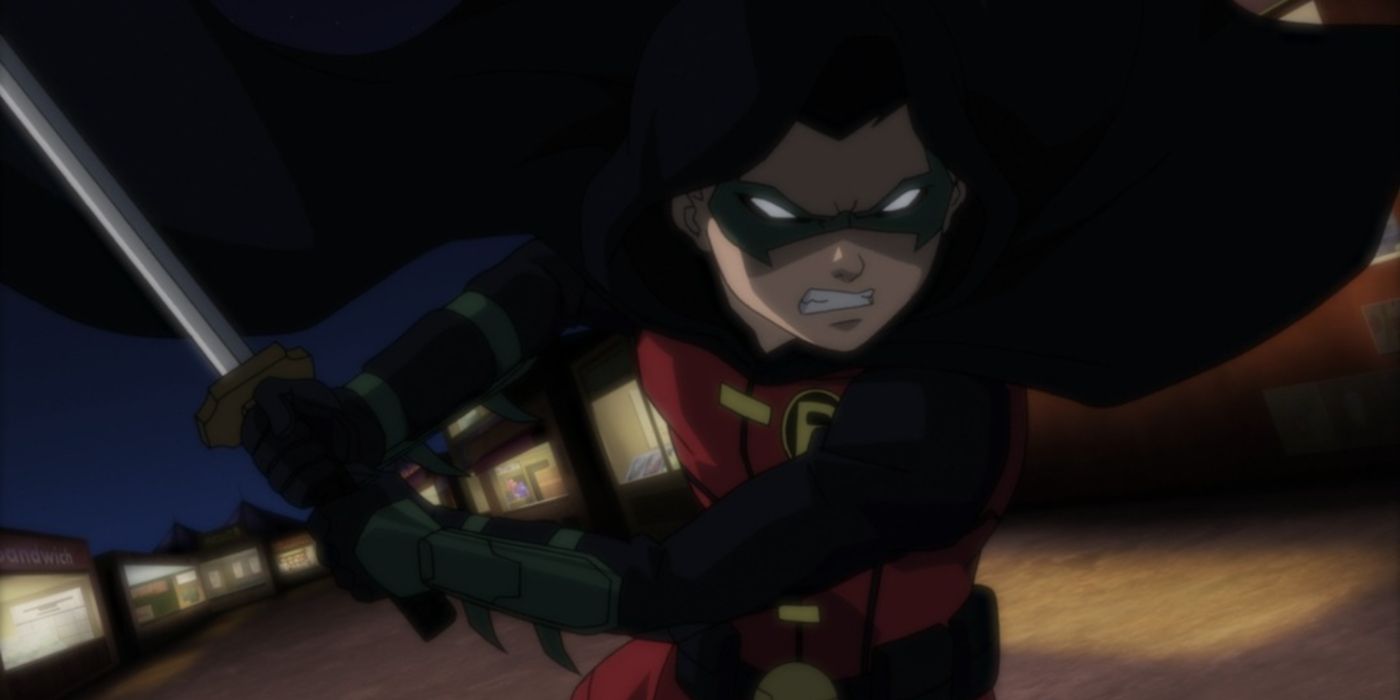 If one character could be described as the heart of the DC Animated Movie Universe, it would probably be Damian Wayne. First appearing in Son of Batman as the son Bruce Wayne never knew he had conceived with Talia al Ghul, Damian's upbringing as a merciless assassin causes severe conflict with Bruce's non-lethal methods when the boy first comes to live with his father.

Damian's struggles with his identity and familial drama make up a significant portion of both the aforementioned film and as Batman vs Robin and Batman: Bad Blood. Coming to accept his role as Robin, Damian later plays a leading role in both of the Teen Titans films after joining the team, and is one of the few remaining heroes, along with his love interest Raven, left to save the world in Justice League Dark: Apokolips War. 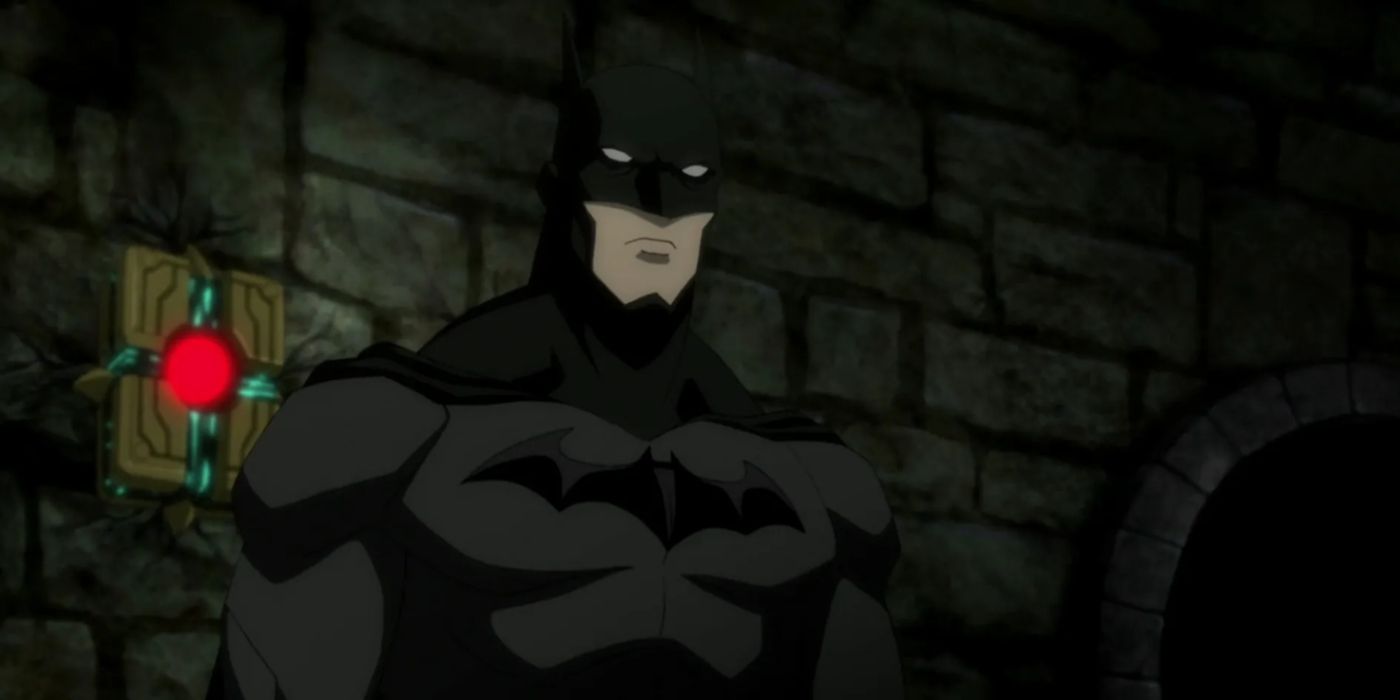 Most of Batman's storylines within the DCAMU center around the difficulties he has raising his son Damian to be a hero who doesn't kill, though Batman: Hush shifts focus to his romance with Catwoman and how his personal life suffers from his caped crusading. While still as serious as any other interpretation, the DCAMU Batman certainly has a sense of humor, something that especially shows in how much joy he takes in mocking Hal Jordan any chance he gets.