As fans of the Marvel Cinematic Universe have seen recently in films such as Thor: Love and Thunder and Morbius, character design changes can help them stay fresh and new. Over the years, most of Marvel Comics' most notorious villains have likewise seen tweaks to their designs both major and minor.

From legendary nemeses such as Magneto to more obscure foes like Taskmaster, changing the look of a villain can help reintroduce them to the audience and give them a new direction. Though nearly every Marvel Comics villain has changed in some way, users on Reddit took to the site to mention their absolute favorite redesigns. 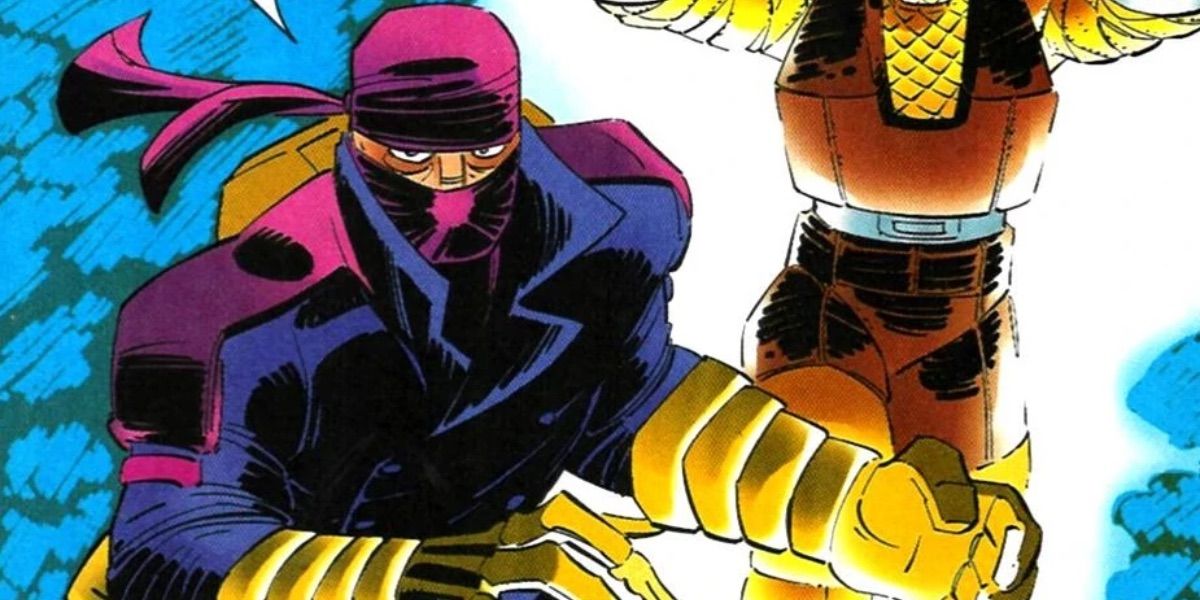 Most villain changes have to do with aesthetics alone, but The Trapster got a whole new identity to go along with his costume swap. User therealphiba went somewhat tongue-in-cheek with their villain redesign choice, saying "Paste-Pot Pete changed to the Trapster, nuff said!"

Debuting as a man in a tin suit that sprayed glue in an attempt to trap Spider-Man, ole Paste-Pot would see a major facelift by the time he returned as The Trapster. Though still sort of silly, Trapster featured a more fitting costume, but he kept his M.O. of trying to snare the wall-crawler using clever traps.

Thor's mischievous brother Loki has been a thorn in the side of Marvel heroes for decades, but that doesn't mean he's always been dressed traditionally. User TheAmazingSpiderLin shouted out their favorite Loki look when they wrote "I think Loki's Agent of Asgard design is infinitely better than the traditional look".

Generally considered one of Loki's best variants, the Agent of Asgard era saw him dress outlandishly, but with a much more realistic flair. The coat is more practical, but the color scheme and horned crown still hearken back to the classic Loki costume that fans know and love.

Appearing as one of the first supervillains the X-Men ever fought, Toad has a lengthy legacy in Marvel Comics. Despite that, user axlkomix explained why they preferred the latter Toad looks, commenting "Toad...Went from looking like a Renaissance Festival reject to a disgusting, literal toad of a mutant".

His costume was never the most important part of Magneto's goon side-kick, but the change from his over-the-top frilled garb was a welcomed one. As he grew and changed, so too did his abilities, and it was obvious that looking like a circus performer wasn't going to help make Toad the creepy antagonist that he is known to be today.

Spider-Man's roster of ne'er-do-wells is a mile long, but few have had the staying power as Sinister Six member Vulture. User Theta-Sigma45 picked a short-lived Vulture change for their favorite when they said "When they gave Vulture the black and red outfit in Marvel Knights".

RELATED: 10 Things About Vulture That Only Marvel Comic Fans Know

Color can make all the difference, and the swap from his typical bright green to the more muted black turned him into a more daunting villain. Considering the fact that most vultures have black feathers, it actually turned the bald-headed icon into a figure that more closely resembled his namesake.

Though Galactus is one of the most feared beings in the Marvel Universe, his look hasn't always been the most dignified. User Icarus367 didn't hold back when lampooning an old look, commenting "Early Galactus was really lame-looking: he had a giant 'G' on his chest...He looked a lot better in later appearances".

Once artists began treating Galactus like a threat and less like a comical supervillain, he took on a more sinister look. Dropping the "G" and changing his color scheme from Christmas reds and greens, to the more iconic and regal purple was a stroke of genius. His design would actually get simpler, and yet more frightening as time passed.

Villain redesigns don't always have to be permanent, and some take on a new look for a short period of time before reverting to their older design. User kah43 picked a favorite Taskmaster look when they said "The Taskmaster costume in the mini series the UDON guys did...had a great modern feel to it".

Known for making his debut in Spider-Man comics, Taskmaster has gone on to fight a host of Marvel heroes over the years. His redesigns are numerous, but the UDON look put an emphasis on a more militaristic approach that spoke to his background. Naturally, any Taskmaster design has to incorporate his signature skull mask to be authentic.

The '90s was a period of great change in Marvel Comics' overall look, and not every character design was a big hit. User kajata000 went against the grain when they said "I always refer to White-Suit Ock as 'Miami Vice Ock', and, to be honest, I think it's a great look".

Doctor Octopus is one of Spider-Man's most iconic villains, and his costume has fluctuated over the years. The decision to simplify his look in the '90s was in direct opposition to many other characters who were being put in ridiculous get-ups. Some fans didn't like the simplistic look, but others thought it represented the personality of the tentacle-wielding madman perfectly.

Tinkering with a simple design is usually a bad thing, but the improvements made on Juggernaut's costume were subtle but effective. User Termite30 preferred newer Juggernaut designs when they said "Juggernaut's redesign was a VAST improvement".

Giving the lumbering brute more humanlike proportions actually made him more frightening. What was a costume made of soft angles and a rather egg-like head became a walking battering ram with muscles to spare. Muting his colors to a more rust-like hue also gave the impression of a piece of heavy machinery.

As years go by, the central idea of a character can be explored further which can lead to unique visions regarding their overall appearance. Venom was the object of user ANDnowmewatchbeguns' affection when they commented "Venom...Body building Spider-Man to symbiotic horror".

Though Venom was always one of Spider-Man's most frightening villains, it took years for him to come into his own as the body horror nightmare he was meant to be. The color palette remained the same, but the physical dimensions and possibilities of Venom's body have become horrifically distorted.

Always around to vex the X-Men with his dastardly schemes of mutant supremacy, Magneto has seen his fair share of costume changes over the decades. User TheUsnpeakableHorror mentioned their personal favorite when they said "Don't know why, but I've always liked his New Mutants era suit".

Billowing and regal, Magneto's New Mutants design was a refreshed look that didn't leave the past behind completely. His trademark color scheme remained intact, but there is a perfect balance between over-the-top and fashionable. Magneto has always been a grand villain, and he demands a grand look whenever he is tinkered with.

NEXT: 20 Most Powerful Marvel Comics Villains