10 Best Anime For Fans Of The Alien Franchise

Noah Hawley's anticipated Alien series for FX has finally resumed filming as the network looks for a 2023 release date. The hype among the fans goes on to show the franchise's continued relevance. From the iconic practical body horror effects to Sigourney Weaver's Ripley setting a benchmark for female action protagonists, the impact of the Alien franchise can be seen on cult hits in not only Hollywood but also anime shows and movies.

While some anime such as Lily C.A.T can be said to be directly influenced by Alien, other body horror and dark sci-fi favorites such as Akira and Parasyte can be comparable with some thematic similarities.

Neon Genesis Evangelion might initially look like one of the mecha anime series for beginners, but it is way more than that. Hideoki Anno's magnum opus deals with young mecha pilots and their battle against alien creatures while adding unexpectedly profound philosophical and religious overtones.

Unlike the Alien franchise, Neon Genesis Evangelion takes place on planet Earth but the psychological lengths to which the characters go are comparable to Ripley's inner turmoil and psychological fears as she survives through multiple Xenomorph attacks.

When it comes to anime series dealing with body horror, Parasyte: The Maxim is a must-watch. The anime is set in a world infected by human-consuming creatures called Parasytes. When a teenager is infected by one such Parasyte but still survives, he learns to coexist with the alien leading to an amusing identity crisis as he lives with two personalities.

From an embryotic Xenomorph bursting out of John Hurt's body in Alien to an alien using a human as a host in Parasyte, the anime should be on your watchlist for understanding how far the body horror genre has come. 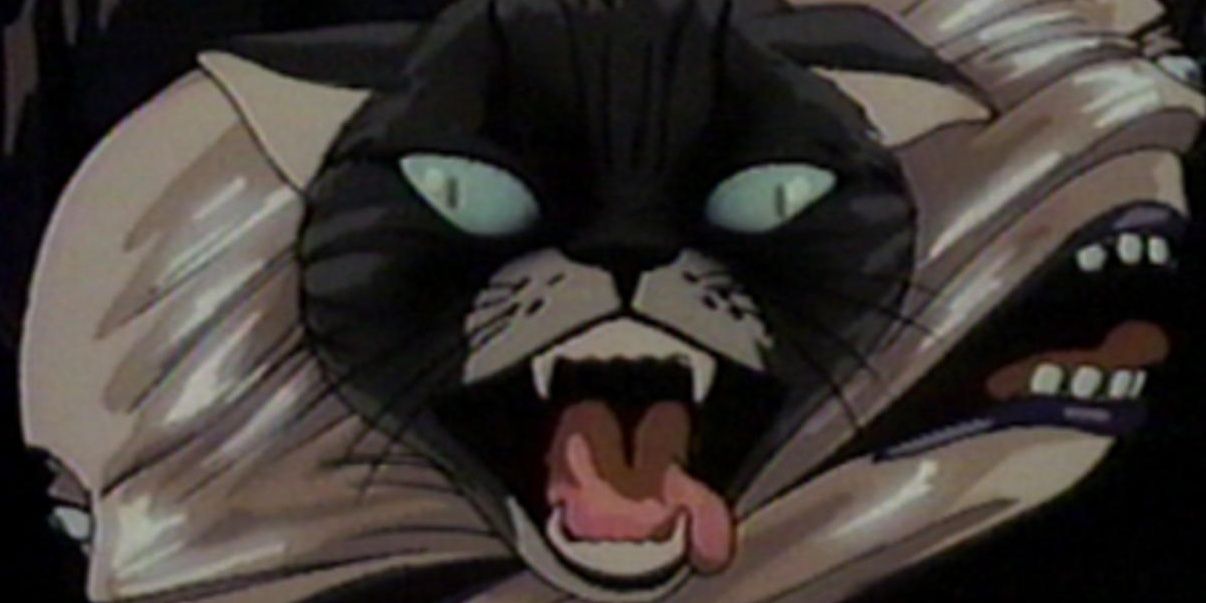 shapeshifting alien. The claustrophobia of being trapped in space along with the panic that the alien causes makes Lily C.A.T. all the more haunting even decades after its release.

The influences from Alien and even John Carpenter's The Thing are quite obvious but at the same time, the movie carries enough merit to stand out on its own. And clocking at just 67 minutes, it is perfect for a quick watch.

A remake of the 1974 anime Space Battleship, this new-age update revolves around a voyage that the titular space vessel Yamato makes in 2199. As Earth is ravaged by war and destruction under an extraterrestrial race, this journey to the planet Iscandar can yield some secrets that can change Earth's fate.

The isolation of the space journey and the teamwork among the crew is reminiscent of the Alien franchise with characters like Riley and her allies constantly determined to fight the Xenomorphs despite all odds.

While the best Godzilla movies are set in the modern world, Planet of the Monsters takes place several years after the thermonuclear lizard has taken over the planet. With alien and human refugees attempting to recolonize Earth, they must go against an evolved version of Godzilla among other monstrous threats.

The Netflix anime is way more over-the-top than the strategic warfare of the Alien movies. But with Godzilla being as impactful as a pop culture icon as the Xenomorph, it can be watched for how far the Toho franchise has come and the extent to which it gets reinvented. The Alien franchise has similarly been reinterpreted by Prometheus and hopefully, the upcoming FX series.

Cockroaches have survived centuries of evolution but imagine that the insects turn into massive colonizer of Mars. This is the absurdly haunting premise of Terra Formars as human space warriors go against the evolved cockroaches leading to gory and gritty battles.

Even though Terra Formars is more action-oriented, the central battle is reminiscent of the everlasting enmity between the human astronauts and the Xenomorphs.

One of the best anime anthologies to watch, Memories has three segments out of which the first one will interest fans of psychological horror. Magnetic Rose doesn't have much space action, but it is a brilliant example to understand the isolation in outer space.

As an astronaut cannot figure out what is real and what is not, the hallucinatory visuals are evocative of the psychological turmoil that the characters of Alien go through, confined in their spaceships and cryogenic sleep.

An outlaw and his ragtag bunch of crewmates pilot the titular spaceship in Outlaw Star as they search for a mythical space treasure. The anime does bear similarities to the space dram Cowboy Bebop but unlike the cult classic, Outlaw Star is more of a fantasy space Western than a sci-fi series.

But the protagonist Gene Starwind's connection with his ship and his responsibility towards protecting his crew is something that Alien fans would be able to connect to. No matter what the situation is, Ripley is always ready to protect others instead of just herself.

Attack on Titan is a blend of multiple genres ranging from sci-fi action to fantasy drama. Based on the groundbreaking manga by Hajime Isayama, Attack on Titan deals with the clash between humans and colossal creatures called Titans. But as the plot thickens, the Titans seem to have unexpectedly dark connections between the humans.

While the ongoing anime series is not particularly of the body horror subgenre, but the evolution of some Titans is reminiscent of the gory body scares of Alien. While the Xenomoprhs are treated like the enemies of humanity that they are, Attack on Titan reflects an alternate sci-fi perspective where even the beastly enemies are humanized.

A military experiment gone wrong. A biker gang in chaos. And a youngster with telekinetic powers. This forms the backdrop of Akira, the landmark cyberpunk anime movie from the 80s. Hollywood has a lot to owe from Akira ranging from the iconic 'bike slide' to plot elements around troubled antiheroes.

There are some impactful animation effects for the lead character's transformation too which will satisfy the hyperviolent and frightening needs of body horror aficionados. If audiences think the Xenomorph chest-bursting scene was gory, wait till the third act of Akira.